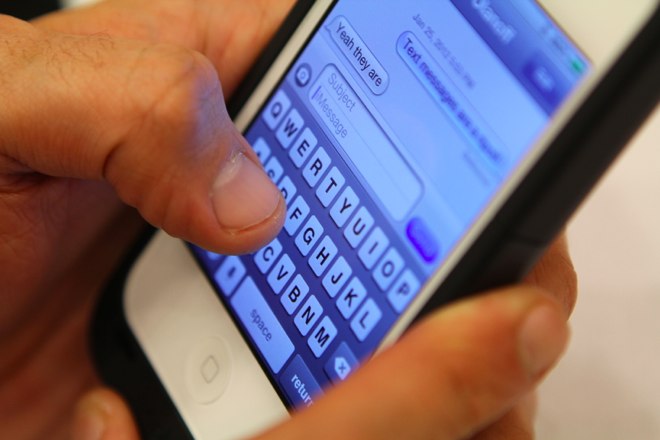 When Apple announced that iOS 5 would launch with support for its own communication service iMessage, it seemed to be a clear cut stab at the heart of one of the carrier’s biggest money makers, text messaging. It was immediately obvious that this should have a huge impact on how carriers of the iPhone would be charging for these services in the future.

Now it’s three months after the launch of iOS 5 and the new iPhone 4S, both of which have had time to make an impact on the volume of messages being charged for by the carriers and those being sent for ‘free’ using iMessage. But has it?

According to a great piece by Jenna Wortham at The New York Times today, it has. She shares some of her usage numbers and concludes that there has indeed been a dip in the amount of text messages that are being sent through the carrier’s system, at least in her case.

I’ve long been fascinated by the impact this would have on the carrier ecosystem and have written about the way that it could change the way that the carriers charge for services in a big way.

So I decided to do a bit of a roundup of my usage along with my coworkers Drew Olanoff and Brad McCarty. I also grabbed some numbers shared on Twitter by World of Apple’s Alex Brooks.

This first chart is mine. You’ll notice that there was a drop when iOS 5 was released in October, but the biggest fall didn’t happen until my friends had a chance to buy an iPhone 4S or perform an upgrade, something ‘normal’ users are typically slower to do.

The change since then has been striking though, and the chart as of the same period in 2010 reflects the same numbers you see here in August and September. It seems evident that the people that I communicate with are also iPhone users and upgraded fairly quickly.

This next chart is Drew’s and shows the same downward trend, although it slopes more gradually. It’s likely that the people he communicates with have more diverse phone tastes and have not adopted it as fast, although they definitely have. The arrow for Christmas rush indicates when people went on a buying spree for the new iPhone, with the results showing up in January.

Alex’s graph shows a similar trend with a large drop into November, also indicating a high adoption rate among the people he messages the most. Note that Alex adopted the beta in July but saw no real effects of it as there wasn’t anyone else in his circle running iOS 5 at the time.

At this point it’s clear that the graphs of text message usage on traditional carriers are going to do nothing but slope downward at this point. In fact, they’re running scared, with AT&T already instituting new plans that are more aggressively priced in order to close the gap.

Don’t think that AT&T will be the only carrier to attempt to get their pound of flesh while they can either. Expect every major carrier that offers the iPhone to split up plans like Ma Bell in order to offer a measly amount at the lower end and a beefy higher quantity plan, without many options in between.

Frankly, this change can’t come soon enough for me. SMS messages get sent on the control channel of your normal phone line, a segment of the connection normally used for diagnostic data.

This should make them free with any service that you already pay for but because of contracts and the relatively small choice of carriers in a given area, we get charged magnitudes more for messaging than we should.

Anything that breaks that status quo and forces a change for the better is good for everyone, not just iPhone users. For now, the carriers are battening down the hatches and trying to squeeze out the last drop of blood, but they can’t do it forever. The closer we get them to dumb pipes, the better off we’ll be.

Read next: Yahoo is in talks to withdraw from its joint venture in Japan