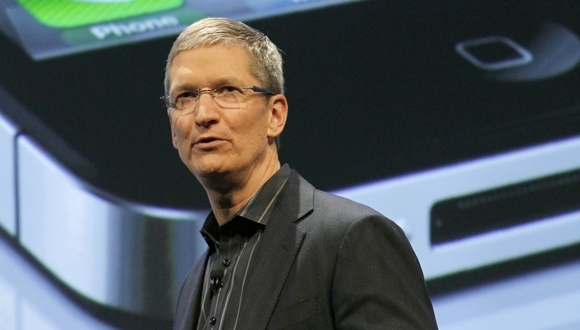 When Apple announced it had posted its 2011 proxy statement to its website, technology websites lit up with  reports that Apple CEO Tim Cook had been granted restricted stock units in August, reportedly ensuring he made $378 million in 2011.

With a $378 million pay package, Tim Cook would be the best paid CEO on the planet, earning more than all of the next nine highest paid CEOs of 2010 combined. Whilst Cook undoubtedly owns the stock allocated to him, he does not have all of that cash available to him — at least not yet.

However, to get access to his million restricted stock units, he will have to stay at Apple until 2021. Half of the stock units will vest in August 2016, the other half in August 2021. On paper, Tim Cook’s pay package totals $378 million but he has to remain with the company to receive it, as they were granted as a “promotion and retention award.”

On paper, the shares were worth more than $376 million when the grant was made. But in 2011, they were worthless. Half of them will vest in 2016, five years after they were granted. The other half will vest in 2021 — “subject to Mr. Cook’s continued employment with the Company.”  As the proxy statement puts it:

“The RSU award is intended as a long-term retention incentive for Mr. Cook, and, accordingly, should be viewed as compensation over the 10-year vesting period and not solely as compensation for 2011.”

The SEC, however, views RSUs differently. It requires a company to book a share grant’s value in the year it is granted. Which is why careful reporters are referring to that $378 million figure as Cook’s “total compensation package.”

In comparison, Jobs earned a $1 annual salary and owned around 5.5 million shares, worth about $2.3 billion on today’s stock value.

Cook’s shares were already known last year. The filing disclosed that the company also decided in November to raise his base annual salary to $1.4 million, ensuring executives received bonuses that were double their annual salary.

As Fortune points out, before Cook was named CEO of Apple, he helped the company generate $108 billion in revenue as its market value grew by more than $70 billion. As the chief executive of the world’s biggest technology company, Cook may have earned his huge pay package.

Read next: Netflix won't recruit local team for UK push, but it will commission fresh content