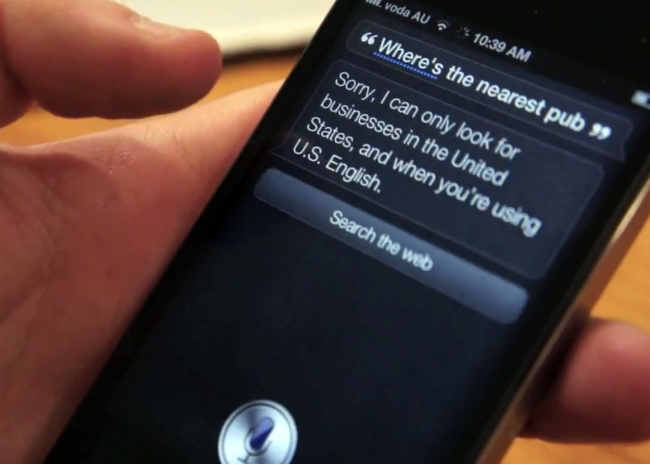 A twelve-year-old boy faced a torrent of abuse from a demonstration iPhone 4S unit when he probed the smartphone’s voice-activated assistant Siri with the question “How many people are there in the world?”

The Sun brings us this interesting report, telling us the story of a Coventry-based mother and son that utilised Siri on an iPhone 4S in their local Tesco supermarket, only to be told to “shut the f**k up, you ugly t**t”.

Surprised by the response, Charlie Le Quesne asked the question one more time, only to hear the exact response from Siri.

“The phone was a demo version and was low enough on the shelf for Charlie to have a go with it. He asked it a simple question and we couldn’t believe the filth it came out with.

“I thought I must be hearing things. So we asked again and the same four-letter stuff blared out.

“I asked for the manager and after staff heard it they agreed to unplug it.”

According to the report, Tesco staff were forced to apologised to the Le Quesne’s, notifying the them that pranksters may have tampered with the phone’s set-up instructions.

This was in fact the case, as a previous user had reprogrammed Siri to recognise the phone’s user by a new, albeit offensive, name. In many cases, Siri will reply to the user with his/her name.

In the interests of science, let us show you how easy it is to do:

Tesco confirmed the incident, stating that it had launched an investigation and “the handset will be going back to Apple for diagnostic tests.” Whether it needs to do so is another matter, Siri can be reprogrammed to recognise a new name whether they get a new model or not.

iPhone 4S users will be familiar with the issue when they have tried to perform different tasks using Siri — this case appears to be one of the first that has been noted by a national newspaper.