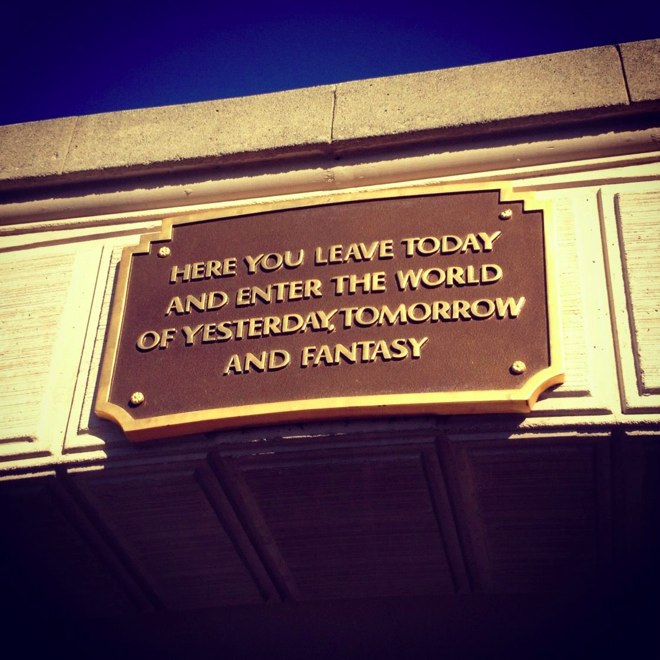 In keeping with our discussion about the importance of details, I felt that this little tidbit involving iOS 5 and Disneyland was an interesting find.

As I was doing my research for our Guide to iOS 5 prior to its release in October, I noticed that the new ‘Tweet’ sound that was included with the beta was very familiar. I ended up connecting the dots on it and realized that it sounded a lot like the gate chime at Disneyland.

After some debate, with some agreeing with me on Twitter and some saying that the sound had changed, I let it drop, thinking that perhaps I was misremembering.

But it turns out that I was on the right track after all. On my recent trip back to the park I confirmed that the Tweet sound is indeed produced by the admission gates at the Disneyland and California Adventure parks in Anaheim. Specifically, the sound is used as the ‘welcome back’ chime that plays when you scan your ticket (or pass) on re-entry to either park after you’ve visited either that day.

The top track is the audio from a short video I shot of guests re-entering the gates this weekend, the bottom is a recording of the Tweet sound in iOS 5, you be the judge.

This choice by Apple feels like it is anything but coincidental. Steve Jobs, of course, was a major shareholder of Disney stock and his company Pixar has been largely credited with rescuing its flagging animation arm. While it is just as likely that an engineer made the choice to include this sound, which was then approved by executives. But I just can’t help wondering if perhaps this wasn’t a choice made by Steve himself.

Yes, it isn’t an earth-shattering revelation, but it is an interesting detail from a company that has made an empire out of being obsessed with them.

If you’re interested in Disneyland’s sound design at all, be sure to check out this great read from designer Dustin Curtis about ‘Mr. Q’, who solved Disney World’s issues with keeping the soundscape consistent throughout the park.

Read next: Brazil: When successfully tracking your stolen iPad isn't enough to get it back