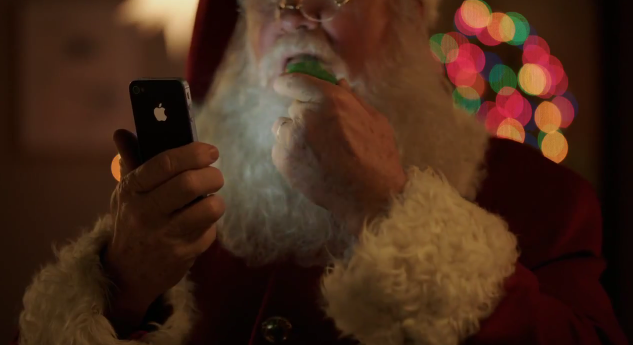 When it comes to Christmas, retailers and brands are quick to debut new marketing campaigns featuring the Santa and his big white beard. This year, Apple has got into the Christmas spirit and launched a new iPhone 4S commercial, entitled ‘Santa’ — and its pretty impressive.

In the new advert, Apple shows Santa asking Siri for directions to children’s houses, checking the weather in various U.S cities and mining his messages for his ‘Naughty and Nice List’.

Mrs Claus even gets a mention, telling Santa to ‘go easy on the cookies’.

Coca Cola might hold the top spot when it comes to iconic Christmas commercials but this new Apple advert is a humorous and refreshing change from its other TV spots — watch the video below and let us know what you think.

Read next: Syrian blogger Razan Ghazzawi said to have been released