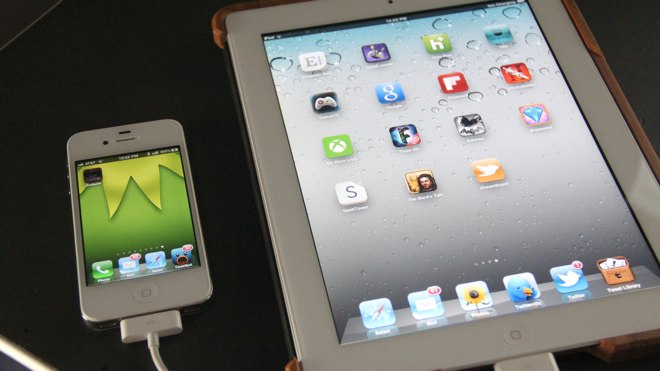 There is a bug that is being shopped around as a huge issue with Automatic Downloads over cellular data in iOS 5. The bug was discovered by Pocketlint and has been reported by sites like 9to5mac.

Fortunately, this is not a bug at all, but instead is likely a case of poor wording in the Settings app.

If you’re unfamiliar with the ‘Use Cellular Data’ setting in the Store pane of the Settings app, it is a feature of iOS 5 that allows you to choose whether or not to use cellular data to automatically download applications (that have been installed on your other devices), or just WiFi.

The ‘bug’ that these sites are reporting affects the feature is described in this manner:

Your device begins downloading an app on WiFi, either automatically or by ‘manually’ purchasing it.

You move out of WiFi range or shut off the WiFi antenna, and the app continues to download, ostensibly costing you all kinds of money if you’re on roaming or have a very limited data plan.

Here’s the problem with this situation. The toggle doesn’t refer to system-wide downloads at all, instead it refers to the items directly above it in the System pane.

Since well before iOS 4.3.3, purchases have been able to download on cellular data, regardless of whether this toggle was set on or off.

Instead, this toggle refers specifically to the settings above it in the Automatic Downloads section. Note that only apps that are under 20MB are still downloaded, nothing over that hard limit.

The wording, which states “Use cellular network to download purchases.” appears to be misleading with regards to the ‘Use Cellular Data’ toggle just above it, as it would appear to bar all downloads over 3G, but does not.

But, if you have iTunes Match enabled, the statement is completely different. It says this: “Use cellular network for iTunes Match and to automatically download purchases.”

Note the addition of the word ‘automatically’? This is the intended behavior of this title, to stop the automatic downloading of an item that has been purchased on another device.

So, what we have here isn’t a ‘bug’, it’s a mistake of wording. With the simple addition of the word ‘automatic’, the intent of the toggle becomes clear.

We have run multiple tests, attempting to get an item to download over 3G automatically and while transitioning from WiFi to 3G with the toggle off, and every time, it has failed to download.

We believe that this feature is working as intended, although the wording is confusing and absolutely needs to be addressed by Apple.

If you wish to disable downloading of apps entirely on your iPhone when away from WiFi, you currently have only one option. You can enable restrictions under the Settings>Restrictions pane and turn off Installing Apps.

We have reached out to Apple to see if this wording is indeed incorrect, we will update with any response.