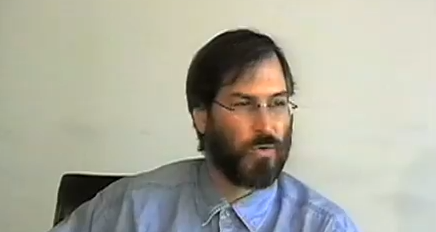 You may have seen the clip that we posted yesterday with Steve Jobs talking about his thoughts on the way that the world is built. It’s a brilliant clip and one that I suggest taking the 46 seconds to watch.

But if that clip had you wanting more, then you’re in luck. We managed to track down where it originates, and it is in the documentary Silicon Valley: A 100 Year Renaissance, hosted by Walter Cronkite and put together by the Santa Clara Valley Historical Association.

Now, the association has announced plans to produce a new documentary using that footage, presumably in expanded form, with an estimated release date of December 15th. The documentary will be entitled Steve Jobs: Thoughts on Life and will run 30 minutes.

You can hit up the association’s site here to get an email when the documentary is released.