You might not realize but role-playing online as real people and characters from fiction is a huge thing. A quick search of Twitter or Tumblr throws up thousands of people who indulge in it as a hobby.

It’s the inspiration behind Studio, a new messaging app with anonymous role-play using trademarked characters and famous people at its heart. 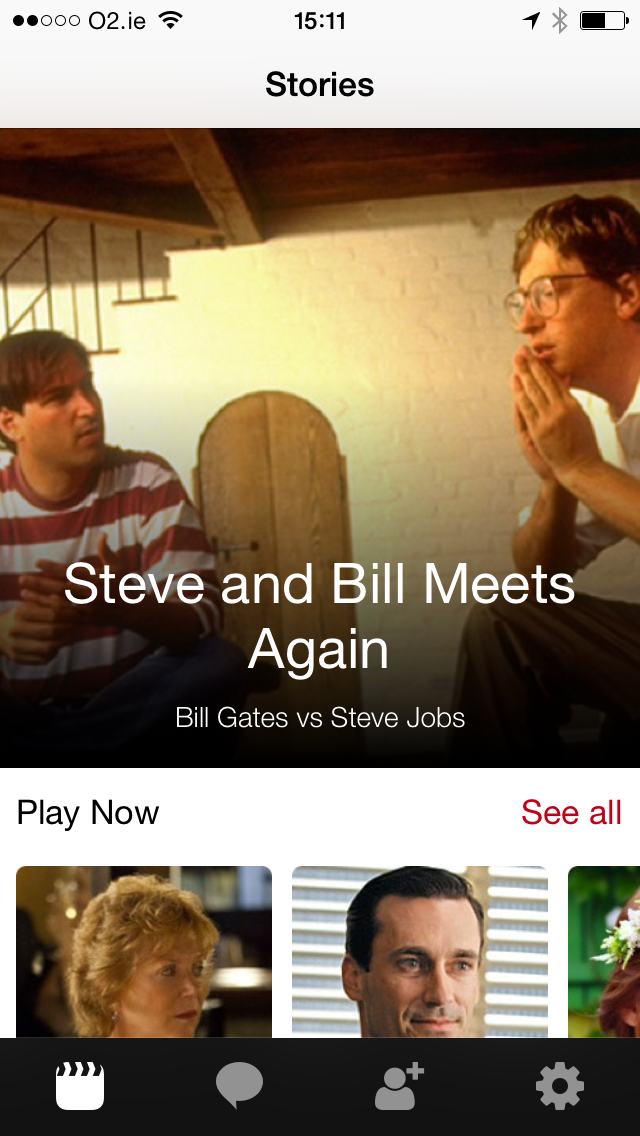 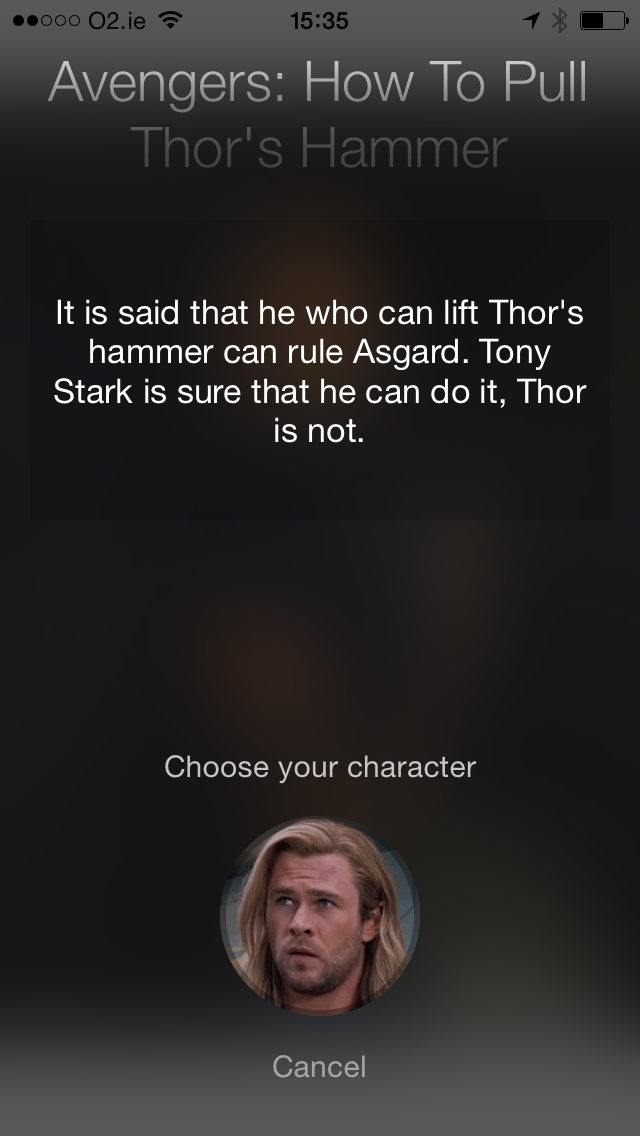 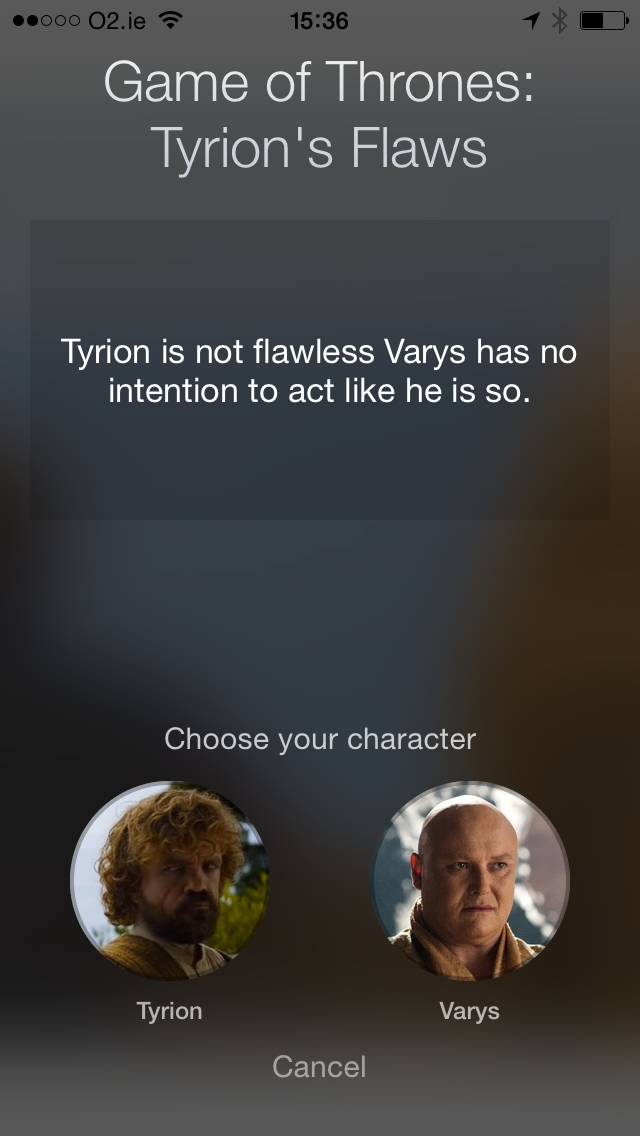 The developers have included a copyright statement on Studio’s website saying they “claim no ownership or rights over the videos or the fictional characters used in the creation of the content” and that “none of the content that is used in the app has been hosted by Studio.” However, I suspect that won’t be enough to ward off the attention of lawyers from the actual studios.

The concept is bizarre enough when it sticks to scenarios like reenacting the scene from ‘Avengers: Age of Ultron’ where the heroes attempt to lift Thor’s hammer or a Game of Thrones conversation between Tyrion and Varys.

Where it tips into the utterly insane are scenarios like the one I stumbled upon, where you’re prompted to play the part of a recently deceased Bill Gates meeting the ghost of Steve Jobs:

Years go by and Bill Gates reaches [sic] to the end of his life. Luckily, a familiar face is waiting for him in his post-life: Good old Steve Jobs.

If you’re looking to go even more niche in your Silicon Valley simulations, there’s currently a scenario dedicated to pretending to be Y Combinator’s Paul Graham selecting applicants alongside his wife and fellow founder Jessica Livingston.

You can submit your own ‘stories’ to Studio via its website, but I’m honestly at a loss to figure out why you would.

Büşra Mutlu, one of the app’s creators, told me:

It’s pretty fun and we think it’s going to become a huge thing especially among young people. We have a limited number of scenarios at this point but that that number will grow every day and hopefully we’ll be able to offer up-to-date content related to popular culture, politics etc.

While you’re making your mind up about whether chatting with your friends while pretending to be Iron Man is the next big thing, why not also spend some time pondering exactly what Steve Jobs in spirit form would have to tell a recently buried Bill Gates?

Read next: This guy spent $10,000+ on Steve Jobs’ old business cards to promote his app