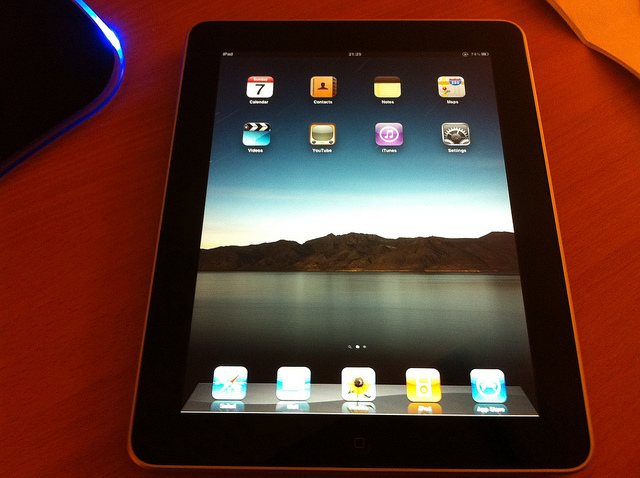 Tim Cook of Apple is talking iPad during todays Apple event, and has some interesting information to share. The iPad is not just for geeks.

The growth is amazing, and shows that despite other companies getting into the tablet game, the iPad has a secure foothold on the market.

92% of the Fortune 500 companies are testing or deploying iPad

Other people are getting into the market including Samsung and Microsoft, but that is not stopping Apple. At all, and not even close. The ability to capture a market other than regular computer consumers, have helped Apple quite a bit. The younger and older demographics have enjoyed the iPad experience.

And despite everybody and their brother trying to compete with iPad, 3 out of the 4 tablets sold in the US are iPads.

iPad is the undisputed, top selling tablet in the world.

When it comes to business, a market that Microsoft has owned for years, Apple shares numbers showing that the biggest companies in the world are turning to the iPad:

At this point, and this is a stunning number, 92% of the Fortune 500 companies are testing or deploying iPad. It is unheard of.

Tim Cook says that it’s important that Apple customers are happy, which of course brings people back to buy more and more Apple products. They shared a customer satisfaction score to back these claims of happiness up:

The customer satisfaction ratings show a 95% score in a recent survey. They’re showing up everywhere. In schools they’re helping kids learn in amazing new ways. … every state in the US now has an iPad deployment or pilot in place today.

Again, to show how many markets the iPad has touched, Apple points out the surging adoption of the device in schools as well as hospitals:

80% of the top hospitals in the US are now testing or piloting the iPad.