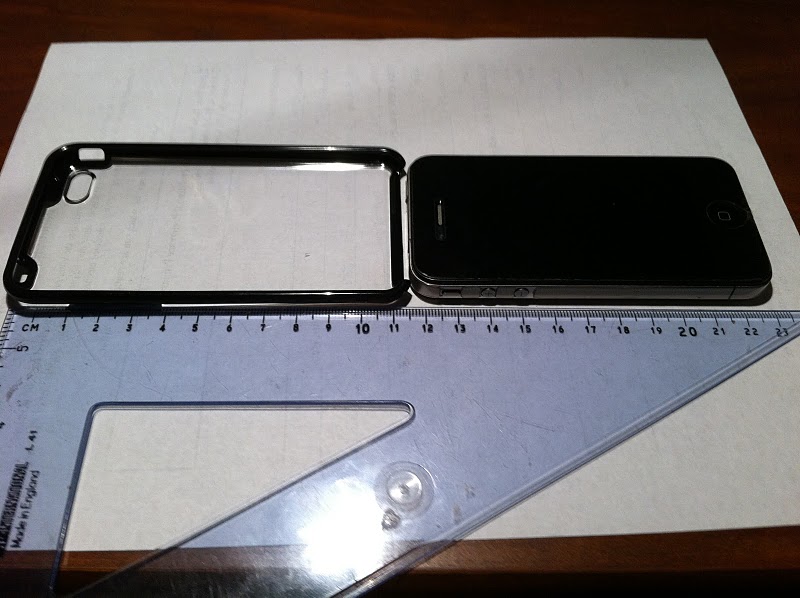 We’ve been hearing consistent rumors about the iPhone 5 being of a thinner, tapered constructions for months now, and this new hard-shell case for an iPhone that has shown up on a GDGT user’s doorstep looks to reinforce those rumors.

This case, which the user says comes from an ‘undisclosed source’, shows off a super thin design, with the phone measuring 11cm in length, 5.5cm in width and a .2cm taper from .8 at the top to .6cm at the bottom of the phone. As you can see in the image below, an iPhone 4 fits almost completely inside the design, indicating a larger device both in length and width.

Much of the rumors surrounding this thinner, tapered looks began with hints at the design gathered by TiMN in April. We have since seen many iPhone 5 cases pop up although this is the first hard case that we’ve seen photographed outside of an illustration. The other examples that we’ve seen have been largely of the flexible silicon type.

The reliability of the case’s source is, of course, completely unknown and they could be acting on poor information. We here at TNW have been talking a lot about the possibility of all of these cases being based on incomplete information that has been gleaned from rumors. Several details appear here that have become a fixture of the rumors since reference case designs leaked back in July.

So the question remains: are these cases based on actual knowledge, or are all of them being created from that one set of ‘leaked’ specs? And if so, then where did those come from?

But as far as the photographer, Peter Rojas of GDGT says that he is one of their highest ranked users, for whatever that is worth. If you’d like to check out the rest of the images, the Picasa album is here.

All we know is that we’re loving the look of this new design and hope that it isn’t just a pipe dream. We want some of this thin tapered goodness for ourselves.

Read next: Facebook hides the Poke - Is it gone for good?