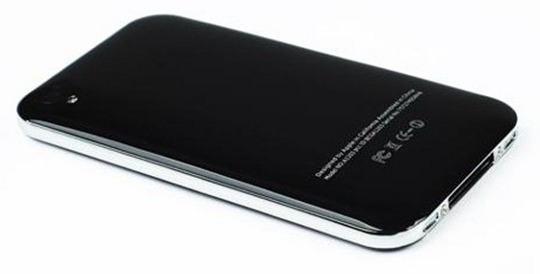 New icons found in Apple’s new Photo Stream beta on Wednesday may have identified a new iPhone design that could feature a larger screen and rectangular-shaped home button – matching previous renders – but on closer inspection, the image may represent Apple’s new, smaller iPhone 4S model, according to 9to5mac.

Taking the dimensions of the icon and creating a mockup of the new device – based on current iPhone sizes – the popular Apple blog suggests that the new iPhone would be shorter than the iPhone 4, making room for a larger edge-to-edge screen:

Not wanting to take any chances, a second render is also included (see below), which demonstrates what a larger iPhone 5 could look like in comparison to the original iPhone 4.

Having tested the dimensions in our own image editing software, we are quick to point out that in many cases icons are often rescaled to remain recognisable. For example, we performed a side-by-side comparison of the iPhone 4 icon used in iTunes and an image of the iPhone 4 from the Apple website – the result showed that based on the icon, the iPhone 4 render would be significantly wider than the actual device.

That said, the render does indicate a device very similar to renders offered by MacRumors, which based their mockups on a leaked case design from a Chinese manufacturer. Reports have suggested the smaller, but rectangular home button could be adapted to allow for gestures, although this is pure speculation.

Read next: Staying Focused In The Age Of Distraction