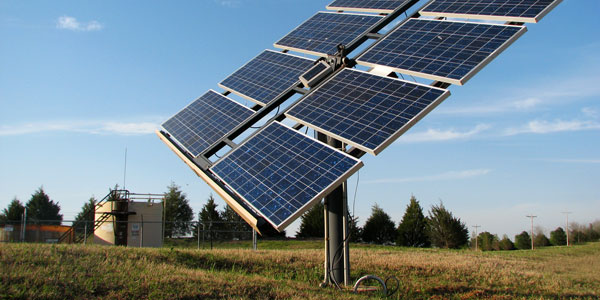 Apple has been looking into the potential for using miniature solar panels in its future products, according to 9to5Mac.

The report says that Apple’s not just looking into technical feasibility, but Taiwanese solar panel manufacturers who could supply the company — meaning this process may be further along than you might think.

But those panels need more work before they can be used in products, according to Digitimes.

Apple filed a patent for solar panel usage in mobile devices in 2009 which could apply to laptops, tablets and phones.

Apple has been experimenting with alternative charging methods recently. Since most of the heavy iPhone users I know never go outside during the day, I can only imagine solar panels as an alternative method — perhaps a way of simply extending the day-to-day battery time of an iPhone while the cord (or conductive pad?) remains the primary means of charging.

But I’d take the improvement over NFC and other features with more of a wow factor. Extra battery time isn’t something to be sneezed at!

Read next: Inside a fake Chinese Apple Store [Video]