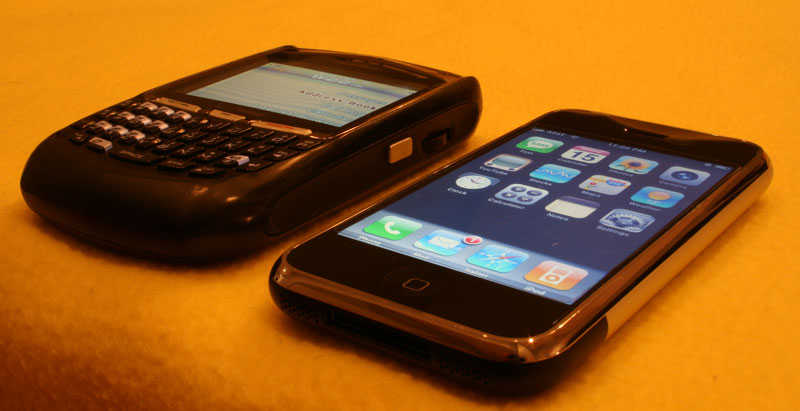 In the last quarter, demand for Apple’s iPhone has helped the company overtake Canadian smartphone giant RIM in terms of total mobile subscribers to become the fourth largest US mobile manufacturer and second most popular operating system, according to comScore.

The digital research firm tallied 30,000 U.S mobile subscribers over a three month period ending April 2011, placing Samsung as the top handset manufacturer with 24.5% market share. Despite its position, the Korean smartphone vendor’s share slipped in the last quarter by 0.4 percentage points, as LG and Apple increased their market share.

Google’s Android platform remained the more popular smartphone platform with a 36.4% share of the U.S market, an increase of 5.2 percentage points from the previous quarter. Only Google and Apple posted growth this period, with Apple’s iOS platform gaining 1.3 percentage points, usurping RIM to become the second most popular mobile platform.

Apple’s market share continues to rise, despite the limited number of devices available to consumers, with Android pulling further away as HTC, Samsung, LG and other mobile vendors continue to release new Google-powered smartphones.

Read next: LookMobile gives you remote access to your Android phone