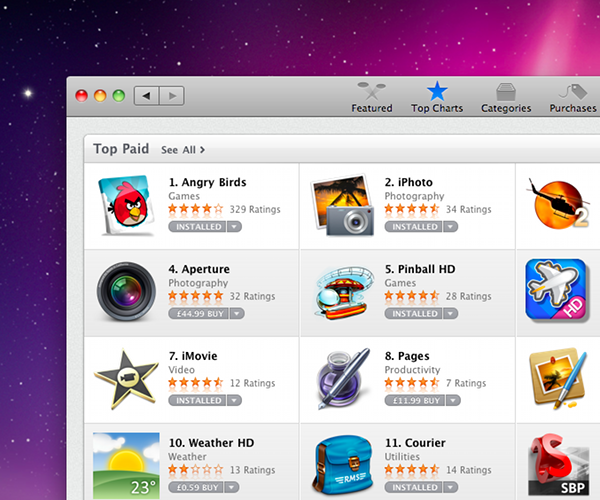 My, my, we have been busy downloading, haven’t we? Apple has just issued a press release stating that over 1 million apps have been downloaded in the first 24 hours of the Mac App Store’s life.

That’s impressive by anyone’s measure. “We’re amazed at the incredible response the Mac App Store is getting,” said Steve Jobs in the release. “Developers have done a great job bringing apps to the store and users are loving how easy and fun the Mac App Store is.”

The numbers include paid and free apps, although Apple doesn’t provide a breakdown of the proportion that are free and that are paid for.

Although a success for Apple in terms of downloads, the store hasn’t been without its problems too. Just hours after opening, serious piracy concerns were uncovered in the Store. By simply swapping a few files around, it appears possible to get unauthorised copies of apps working without having to pay for them.

So, while Apple may be celebrating a success, sorting out piracy and other kinks definitely need to be a priority for the Cupertino company.

We’ve picked out 10 apps to download first and 6 bargains on the Store.

Read next: The first CDMA Windows Phone 7 handsets to launch are the Samsung Omnia 7 and HTC Mozart