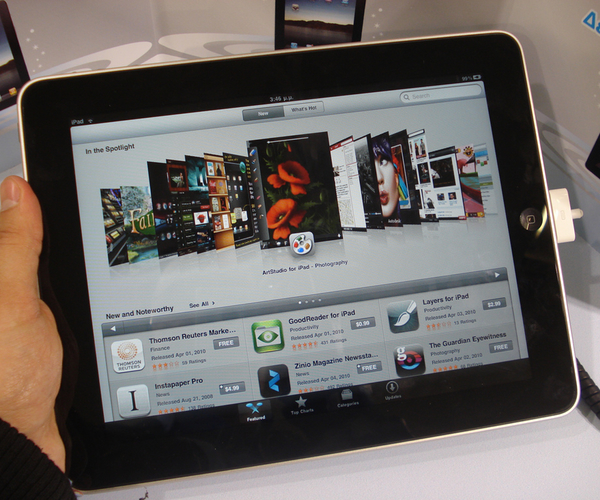 According to 9to5Mac and Digitimes suppliers are ready to start shipping parts for the iPad 2 next month with full production ready Q1 2011.

Apple has already secured three iPad 2 parts suppliers, Ibiden, Tripod Technology and TTM Technologies, and will be adding four more suppliers in February. The report notes that the three named suppliers have received final certification from Apple and will begin shipping limited quantities of any-layer HDI boards next month.

Could we see the iPad 2 before April 2011? Maybe if there is enough supply on hand. I remember the lines, calling and waiting to get my iPad. Okay, fine my wife does because she picked one up for me in the States before it was available in Canada.

While having some kind of shortage is good for building buzz, I think if Apple wants to stay on top of the tablet game, they can’t lose ground to competitors who have similar offerings that can be picked up off the shelves right away.

As for features? Retina display, cameras (front and rear?), usb ports, a new “smart bezel” … how about an HDMI out? That would be sweet..