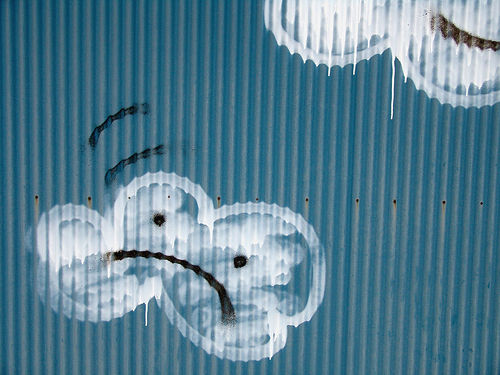 Cloud-based iTunes. It’s the single most talked about Apple software product around TNW’s virtual water cooler. It seems to be high on everyone’s priority list, and rumors abound, but there are a wealth of problems surrounding the impending service.

Apparently it all comes down to one major problem: Apple TV.

Within the walls of the Apple compound, the focus seems to be on the next generation of the Apple TV product, with the majority of former members of LaLa working on the project. In fact, Apple has gone so far as to tell the major music labels that anything forthcoming will be “modest“.

In case you haven’t noticed, modest is not a word that’s typically in Apple’s vocabulary.

But why Apple TV? It’s likely that Apple sees the current iteration of iTunes to be satisfactory. Apple TV, however, is a product that is quickly showing its age. With the new Apple server farm, it’s clear that Apple is making headway into cloud-based storage, but it seems almost counter-productive to not focus at least some attention on a cloud solution for iTunes.