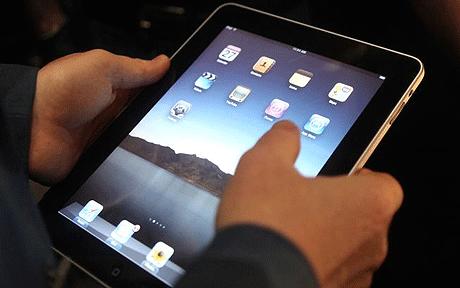 It seems that when a data plan is marketed as ‘unlimited,’ it usually isn’t. There is normally a 5 gigabyte soft-cap on downloads per month for most smartphones. When Apple announced the iPad 3G cellular plans, no one was sure what unlimited meant, if the top plan was actually without restriction.

One blogger took the matter into his own hands and after an exhaustive two-day test downloaded some 30+ gigabytes of data to his iPad 3G. AT&T’s response to the exercise: nothing, the device just hummed along downloading information by the bucket.

Of course, Apple also offers a smaller 250 megabyte plan for $15 dollars a month. That price seems quite steep, given that for another $15 the user can surf with their device night and day, so long as they have service. If you have AT&T coverage where you live, lucky you, then the unlimited plan is going to be your best bet.

The iPad 3G of course costs more than the WiFi version, but that has not seemed to slow sales of the device thus far in the product’s life-cycle.

Perhaps the most interesting point of the study is not that the iPad cellular plan is unlimited, but the level of data that the gadget can move. With 30.2 gigabytes down and .9 up, the blogger’s tablet shoved 31 gigabytes around in 48 hours. I was expecting a fraction of that in a good week.

In total, good on Steve Jobs for making AT&T actually mean unlimited when they said it. Are you going to buy a 3G or WiFi iPad?