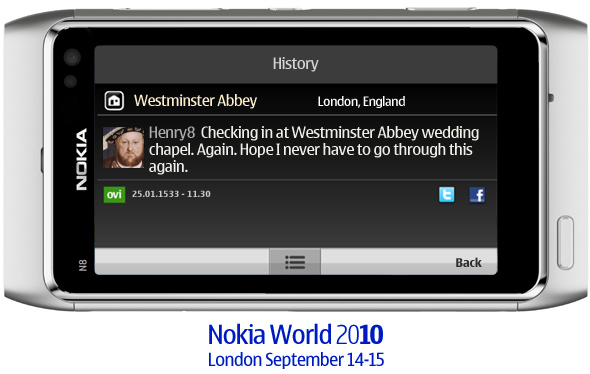 There has been a lot of talk about Apple’s aggressive stance towards Adobe lately. For years now the two companies have been on less than friendly terms with each other over several issues. Lately they’ve bickered about the alleged bugginess of Flash.

According to Steve Jobs, Flash is responsible for most crashes on the Mac and uses abnormal amounts of processing power which would drain the battery of any mobile device. Before that Apple and Adobe fought over licensing issues regarding PDF files and the slow pace with which Adobe updates is applications.

With everybody falling over each other to come up with reason for Apple’s tough talk I decided to add my own conspiracy theory: I think Steve wants to own Adobe and Apple will acquire Adobe somewhere in 2010.

I agree it seems a far stretch that this will happen. But if it does happen it certainly will explain a few things. If Apple does acquire Adobe and fix Flash it would find itself in a very interesting position. It could open source Flash, make it compatible with HTML5 and fix the bugs and security issues. It could add Flash to Quicktime (or vice versa).

Consider for a moment all those mobile device builders around the world realizing they would now have talk to Apple (their arch enemy) regarding licensing iFlash from them. Exactly the kind of position that Steves loves to be in.

If I’m right about this I expect to be awarded for my insight. if I’m wrong, well, who reads old blogposts anyway.

So, here is my list of reason why it is only logical that Apple will acquire Adobe:

1: It is cheap and affordable
Adobe hasn’t been doing too bad in recent years but certainly not as well as Apple. It has a market cap of about 18 billion and change. Apple has $25 billion in cash in the bank and a market cap of 190 billion. Apple could buy Adobe with stock and some cash and not even blink. Imagine the power, influence and freedom it would get them.

2: It would give them Photoshop and Illustrator
Photoshop and Illustrator are so called killer Apps for The Apple Macintosh. Without it a lot of designers, architects and other creative professionals would have no reason to buy a Mac. If Apple owned these applications they could redesign their flawed interfaces, optimize them for the Mac Pro and iPad and make sure they work seamlessly with all the other Professional Apple Apps.

3: So Apple could fix Flash, save the day and look smart
Steve contents that Flash sucks and is outdated technology. What if he suddenly owned that technology? I’d like to believe that Apple has a fix ready for Flash that would suddenly make it reliable, power efficient and secure. They would launch this new iFlash version (built into Quicktime no doubt) within a month or two and also add it to the iPhone and iPad. How cool would they look by not only adding a perfectly working version of Flash customized to Apple’s own products but also to desktops Macs and PCs.

4: Because they told us they would
Apple has made no secret about its desire to use its cash reserve to do acquisitions. It also stated that it won’t just do that to add revenue to their bottom line but also for strategic reasons. Adobe is a healthy company and would easily bring in a few billion a year. Especially if Steve would fire everybody as he morphs the company into Apple. And besides the cash it would bring in there are all the other reason that make it logical to own Adobe.

5: To become less depending on third parties
Once upon a time Apple took a small investment and Microsoft’s assurance that it would keep developing MS Office for the Mac. You could argue that if Microsoft would have stopped offering Office for Mac it would have seriously hurt the platform. Without the main applications (the Adobe and Microsoft applications) the Mac would be a lot less useful. The same goes for Adobe. If it would stop offering its applications for the Mac a lot of designers and photographers would HAVE to switch to the PC to do their work. Apple has alleviated some of that risk by developing iPhoto and then Apperture but it still needs Photoshop and Illustrator. Basically it depends on Adobe to keep making great versions of its software for the Mac. And Steve doesn’t like to depend on anyone and had made it clear he has little respect for Adobe.

6: To fix Adobe’s crazy pricing
I have an official Adobe package which includes Photoshop, Illustrator, DreamWeaver and a few more Adobe Apps. If I want to upgrade it I am charged € 906.29. Yes, that is JUST for the upgrade. Now I know that these applications are really great, but seriously, € 906.29 for just an Upgrade? Apperture is $199.00 for the full package. That is not the Upgrade price but the full package. Just the Photoshop upgrade price is € 296.31! I imagine Apple would offer Photoshop for $199 with upgrades priced at $99. At € 906.29 I’m seriously considering just pirating the software. At $199 I am sure a LOT more people would avoid the hassle of illegal downloads. Once upon a time the Adobe prices were defendable. In the age of $1 Apps and sub $1000 laptops this is no longer the case. As an independent company Adobe can’t just slice the prices of their flagship applications. But as a part of Apple it can.

7: Because Steve is crazy
Okay, Steve Jobs isn’t really crazy. But he IS unpredictable, power hungry, filthy rich and very influential. Adding Adobe to Apple would make Apple a lot less dependent on Adobe. It would also give Apple new leverage with everybody who uses Flash right now. Adobe is just too important for the future of Apple to ignore it. So why not just buy it? By spreading the word that Adobe is a troubled company that can’t manage their own products well Apple will look good when it ‘saves’ the company later by buying it.

Of course Apple doesn’t need Flash or Adobe. It is currently very actively pushing HTML5 which might completely replace Flash one day. It already has on Youtube and numerous other websites. Still, there is a lot to gain for Apple if it did one day decide to buy Adobe.

Read next: Why your typing sucks on Android, and how to fix it