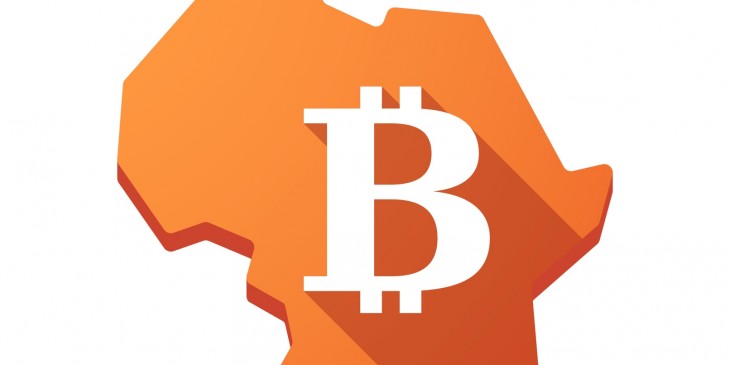 A host of local companies are looking to disrupt the remittance market in Africa by undercutting traditional money transfer operators while also offering businesses new ways of accepting payments on a continent with low credit card penetration and an over-reliance on cash.

The likes of Igot, Beam, BitPesa and BitX have spotted an opportunity to build Bitcoin businesses in Africa. Though stolen bitcoins, the collapse of the Mt.Gox exchange and drastic digital currency value fluctuations have made Bitcoin a byword for controversy in much of the Western world, they feel it can find a true home in Africa, the land of mobile money.

The problem they are looking to fix is a big one, though the opportunity is also enormous. Remittances to and within Africa are big business. There are more than 30 million Africans living in the diaspora, sending home US$40 billion per year, an amount which is steadily increasing. This amounts to an average per migrant of US$1,200.

Yet the cost of these transaction is hurting those sending and receiving money. Total annual fees amount to US$1.4 billion. Western Union and MoneyGram dominate the field, with 50 percent or more market share across most of Africa, but charge an average of 12.3 percent to send just US$200. Acceptance of payments by merchants is also an issue, with less than three percent of Africans owning credit cards, bank transfers as expensive as remittances and PayPal not yet widespread.

Timothy Stranex, chief executive officer of African Bitcoin exchange BitX, says the digital currency can have a major impact on international remittances, in terms of both speed, efficiency and cost. Most Bitcoin remittance firms charge fees of around three percent on transactions, seriously undercutting the more traditional players.

“International wire transfers take several days to settle because they are processed using legacy batch systems. In contrast, Bitcoin payments are fully settled within minutes. This enables much faster international payments. Existing remittance companies can use this technology to streamline their backend operations and save costs by maintaining less float,” he said.

“One of the difficulties in remittances is the ‘last mile’ problem: getting money to the final recipient. Because recipients often don’t have bank accounts, the money is typically paid out in cash, which is expensive and inefficient to handle. In the case of Bitcoin, it’s almost effortless for the recipient to setup a Bitcoin wallet on their phone even if they don’t have a bank account. The final leg of the remittance can then be handled electronically.”

Stranex sees a huge opportunity in Africa for Bitcoin remittance firms due to the low rate of credit card adoption, the high cost of international remittances and the fact Africans have already proven they are willing to adopt alternative forms of sending money, as with mobile money services such as M-Pesa.

“As people adopt electronic payments, they have the opportunity to leapfrog legacy payment methods and go straight to cheaper and easier online technologies like Bitcoin,” he said.

“Africa is the first mobile-first continent and Bitcoin is very well suited to mobile. The success of mobile money in Kenya has shown that mobile-based payments and wallets can work very well in Africa. Bitcoin is also useful in unstable countries where local banks and local currency may be untrustworthy.”

Rick Day, of Bitcoin exchange Igot, which has recorded 200,000 transactions since launching and went live in Africa earlier this year, says Bitcoin offers a unique solution to the rates charged by the likes of Western Union.

“It’s peer-to-peer and it’s almost instant,” he said. “The receiver can simply exchange Bitcoins for their local currency using a Bitcoin exchange. This means the cost of sending remittance is minimal and cash is available to the receiver within the same day, in most cases.”

Nikunj Handa, chief executive officer (CEO) of Ghanaian Bitcoin remittance firm Beam, believes whether or not Bitcoin disrupts the remittance market depends on if it can gain widespread merchant adoption and become a currency that can be used readily without being exchanged in the future.

“If this were to happen, Bitcoin will be an excellent way for people to send money directly, without intermediaries, in a fast and extremely cheap manner. This is when Bitcoin will truly ‘disrupt’ remittances,” he said.

“Bitcoin does not have the acceptance that a Visa or MasterCard does, but it is increasingly becoming a great way for African merchants to accept payments from a global consumer base.”

Concerns over security could be a hindrance to this uptake, but Handa said Bitcoin as a protocol was very robust and safe.

“I would say that security concerns with regards to the protocol and Bitcoin itself are overblown,” he said.

“Almost all security lapses take place when companies utilising the Bitcoin technology fail to secure themselves properly. If one is careful in picking a company that is reputable and is known to take its security seriously, they should be safe. This is the same level of protection one should have in mind when they are picking traditional payment processors.”

Experts agree there are strong possibilities for Bitcoin in Africa, which could pose a threat to the market dominance of Western Union and MoneyGram.

Gilles Ubaghs, financial services analyst at Ovum, says in the case of Africa and other emerging markets Bitcoin can also provide the benefit of offering a standardised infrastructure between emerging markets and helping increase money flows.

“There’s a huge diaspora of money shifting around within Africa across nations already so this could really be a bit of a leapfrog,” he said.

Read next: Why success in African e-commerce is all about scale and biding your time

Read next: What John Oliver can teach us about communication