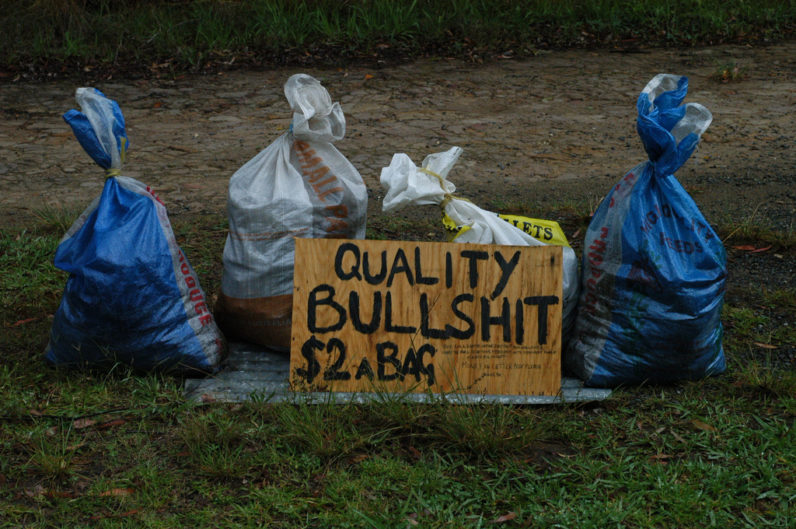 The following is a reply to the recently published piece: PR is the fucking worst, according to an actual PR person. If you’d like to fully savor this delicious beef, please be sure to read that first.

A few days ago, you – the man responsible for the so called “best PR Twitter” – graced us all with a taste of profound and glorious wisdom right here on The Next Web. What was your latest miraculous decree, oh sage oracle of PR wisdom? Apparently that PR, and by that logic, PR people of course, are the worst.

I was rather surprised to learn that I, by dint of being a PR person, was according to you:

Predominantly bad, through some sort of complex combination of college education being stuck to their brains, bad tutelage by their managers and, of course, an industry dedicated to gaslighting as many publicists that disagree with the tactics of harassment and shittiness as possible.

No, actually, that’s not true. I wasn’t surprised at all because you’ve been doing your BS shtick of being the PR guy that hates PR people for as long as I can remember. You’re like a broken record, saying the same stuff, throwing the same insults, over and over again. In truth, my reaction to reading your post was the realization that it’s the most ridiculous example of vainglorious think-piece bullshit I had ever read in my whole life – and hey, I work in PR! See what I did there.

I mean, I get it. You have this cute little thing going, where you’re the PR dude that hates PR folks along with everyone else. It must be nice for you to play along with all the jokes at the cocktail parties about how much PR people suck. You must feel sooo cool being the PR person confirming all the negative stuff people like to throw out there.

Of course, it’s easy to sit back and criticize the work of other people; to cherry pick examples of PR people doing it all wrong. This is a tough and competitive business after all, and it’s difficult to produce results if you’re not a good storyteller or lack the right connections. I’ve heard enough horror stories from writers to know that there are some really horrid PR people out there.  Yet no matter what, that’s the most I can say about them – that these guys are simply doing a bad job. Just like in any other industry, some are great at what they do, while others fail. However, making mistakes, professionally speaking, doesn’t make you a bad person. And while reading your post, this is where for me, you crossed the line.

If you had simply stuck to your game of trashing all of your colleagues and making a name for yourself by ridiculing the work of others, I really wouldn’t have cared. Yet you decided to go ahead and viciously attack the character of an entire industry. I mean, do you really suppose it’s okay to make gross generalizations about a whole group of people, let alone to do that just in order to advance your own career and ego?

Let’s look at a few gems from your recent post.

And the worst thing is that you didn’t even say anything original. Let’s look at the actual advice regarding pitching writers that you provided in your post:

Wow. This is really groundbreaking stuff. Except that it isn’t. I actually posted a guide to pitching reporters on The Next Web almost two years ago that highlighted many of the same ideas. I collected together and shared advice from various journalist friends of mine in top tier publications (yes sir I too have many friends in the media) who had submitted responses to our “How To Pitch Me” series. I ended up with a highly thorough article detailing all this top advice to entrepreneurs. Here are some points from my 2015 post. Do they ring a bell?

“Email is the best method of pitching

Almost every journalist we’ve asked, has specified that his favorite way of receiving pitches is via email. Least favorite method? Phone calls …

Don’t send 20 emails regarding the same story. You can write one email and then follow up a few days after …

Before you approach a writer, take the time to get to know him a bit better. What has he written about recently, what interests him …”

In my conclusion to the post, I wrote: “Keep your pitch short, appealing, honest, clear, and from the heart. Stay respectful of the other side, give space, don’t be needy, and do all the necessary research beforehand, to make sure that this is really the right person for you.”

Sound familiar? Seems like much of the advice you write down has already been given, and not just by me. But by many others. Only we don’t do it in a disrespectful or malicious manner. My article is meant to help and educate rather than bring a whole profession down and make people feel bad about themselves.

After reading your disgraceful article, I asked a journalist friend of mine from a major publication, to share his thoughts about it. His answer was insightful and true: “He doesn’t hold the industry he works in with very high regard, which says more about him than the industry.” He added: “Personally, I’m always courteous to PR people, even if they get their initial pitch wrong. I explain what I’m looking for, and help them understand how to pitch properly. I guess that’s why I’m offered so many exclusives.”

And that’s the real point isn’t it? Be courteous to people and everyone can get what they want.

My journalist friend and I aren’t the only ones making these points though. Perhaps if you stopped trying to humiliate your colleagues for a few moments you would hear the large number of voices who are advocating for exactly the same things as you are. The only difference is that they’re doing it in a constructive and respectful way which recognizes that PR people are just  exactly that – people. They aren’t nameless, faceless bots that you can belittle whenever you like without consequence. People make mistakes and sometimes they do a bad job. If you want to criticize, that’s fine, criticize. But please, try and be even the tiniest bit constructive in your criticism. Shitting all over people doesn’t make them any better at their job even though it might make you feel better about yourself.

At any rate, I really can’t understand why you have the desire to upload such a malicious post on a top tier publication. Perhaps you’re just compensating for something else? If that’s the case, please do us all a favor and next time just buy yourself a sports car and save us all the hot air.

Read next: Apple probably not leaving out millions of iPhones with next iOS update [Update]