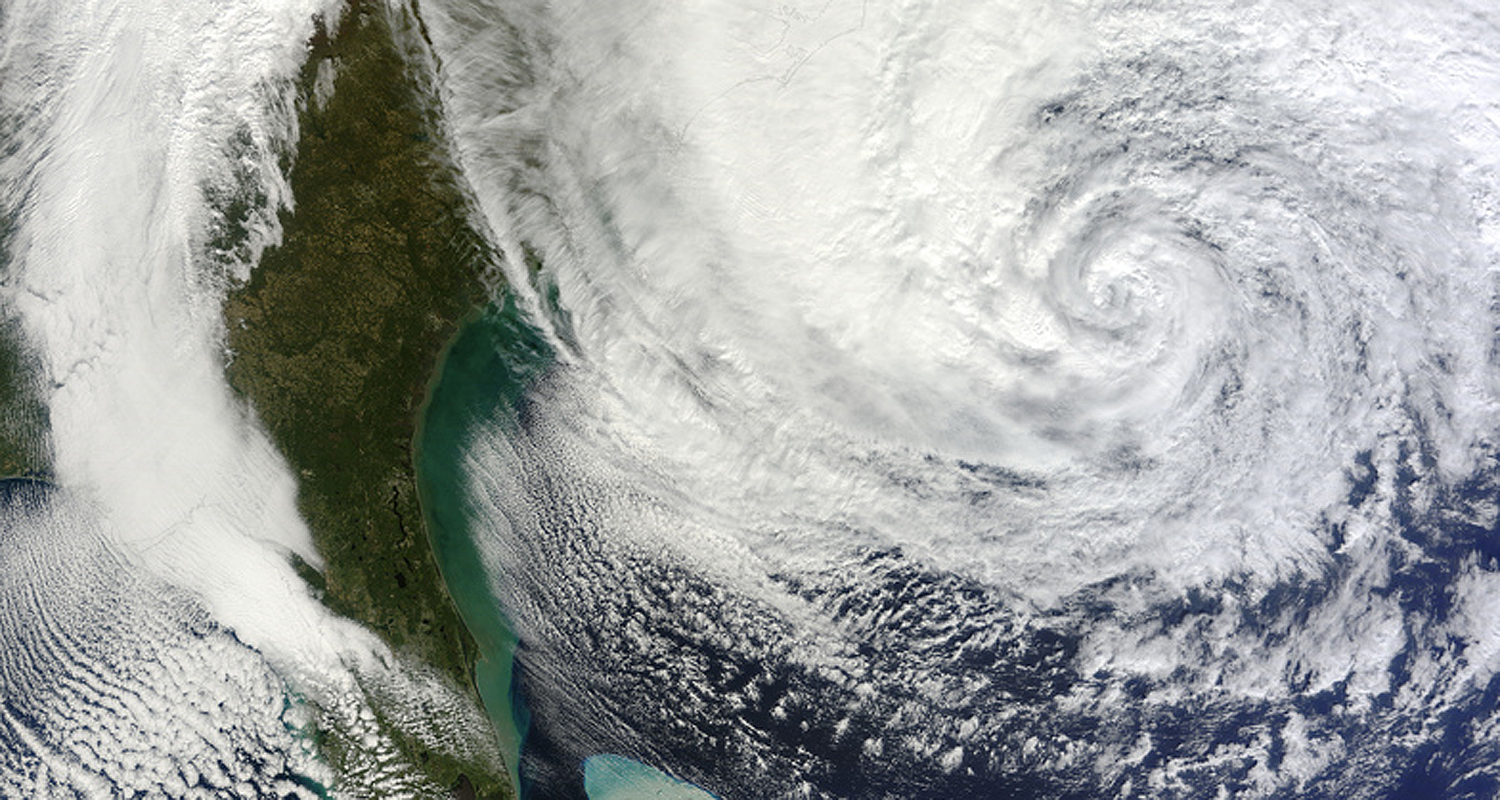 Hurricane Sandy is making her presence known on the East Coast right now and it looks as though things are going to get rough for residents.

76 evacuation centers have been set up so that the vulnerable can be in a safe place when the storm hits hard. Further precautions include the closure of schools and the transport system and naturally flights in and out of the area have been cancelled until further notice. (You can track live flight information via the Flight Aware site – but don’t expect to see much happening along the East Coast for now.)

So where to find out what’s going on and what to do if you’re feeling her effects?

Google’s Crisis Response Team is also gathering information including a map providing current emergency information. NASA’s Precipitation Measurement Missions have also been mapping the storm via satellite and in 3D.

Live Updates from the storm

If you’re battening down the hatches and prepared for the storm, it is likely that the power may go down and you should have a few extra supplies ready for a difficult week. If you are in this situation and you’re nerdy by nature, Geeks without Bounds has an excellent stream of tech advice available on its Twitter stream.

From the middle of the action, Web design and content firm Oak Studios has a live video stream running from its location on the Brooklyn waterfront. Incidentally this is in Evacuation Zone A and you can find out more information about the zones here.

Blogger and founder of Boston Media Makers, Steve Garfield is also running a live video feed on Livestream. This view shows his area which is in a more suburban setting.

Storms of this magnitude tend to generate extraordinary images, no matter how dangerous it can be to take them. Chris Ackermann, the Director of Emerging Platforms at New York Times R&D and his team have put together Instacane, to follow a timeline of images from the storm.

As with all emergency situations these days, the go-to place for updates and information is Twitter. Hurricane Sandy is no exception and a search will turn up plenty of well wishes as well as updates, reports and links to more information. Search under the hashtag #sandy for the best results.

Another good place to find updates and information is via Reddit which has plenty of news and advice as well as some light relief in the form of the usual pictures and jokes.

If you’re quite specific about how you prefer your hurricane news, Poynter has corralled a selection of GIFs, but we’re not sure if these will be updated.

Are you following the storm? If you have found good ways to share relevant information, add them in the comments.

Read next: The simplest brands of 2012: Google, Apple, Nokia, and even Yahoo make the top 10