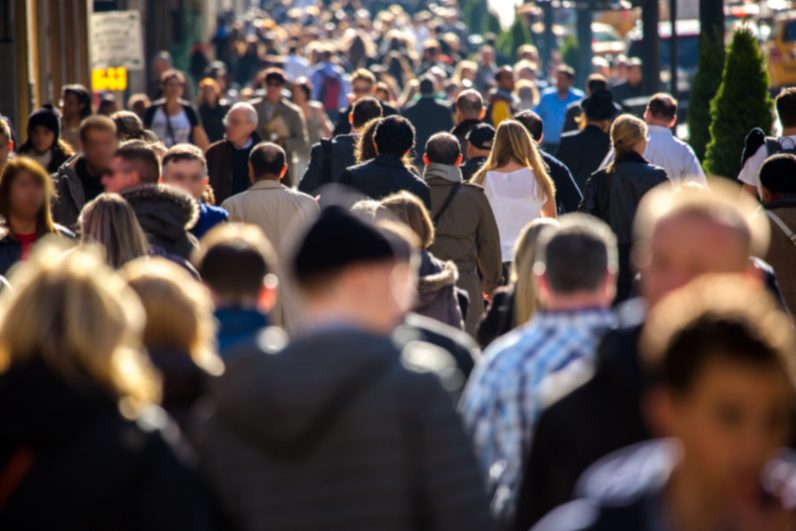 2020 is shaping up to be one of those turning point years in history.

The last few months have been a rollercoaster of emotions for everyone from fear, loneliness, and boredom under confinement to positivity and concern over the easing of lockdown measures and back up again with feelings of anger and frustration over the death of George Floyd and too many others.

Throughout history moments of crisis have often led to moments of major change. As populations are forced to react or adapt to new circumstances, high emotions coalesce to shape new attitudes and behaviors.

During WWII the experience of having to ration food, shelter together during bomb raids, and mix with different social classes strengthened a sense of community spirit and cooperation in the UK. This shift in public sentiment paved the way for the creation of the welfare state.

In the US of the 1960s, widespread social inequality, opposition to the war in Vietnam, and feelings of political alienation led to the anti-war, Civil Rights, and Women’s Liberation movements that helped reshape public attitudes.

With the onset of the global pandemic, Pulsar, an audience intelligence company, developed a Public Emotions Framework to track fluctuations in public sentiment across the UK and US. This data combined with emerging behaviors and trends they’re mapping, allows Pulsar to provide clients with a clearer picture of how the ‘New Normal’ will shape consumer needs and behaviors.

How does it work? The Pulsar team started by selecting a broad range of emotions along with their corresponding opposites, including:

They then set up their Trends tool to track conversations around related keywords on Twitter. This allowed the Pulsar team to see how these different emotions have heated up and simmered down from January 2020 to the present.

What the data tells us

All data tells a story. If you’ve been living in either the US or the UK over the past few months, your story probably looks like a telenovela with sweatpants.

Let’s take a look at what we can learn by comparing these two sets of data:

In both countries, you can see a sharp increase in fear and caution on March 11th after the WHO officially declared COVID-19 a pandemic.

During Re:Brand, TNW’s first Couch Conference, Pulsar’s CEO Francesco D’Orazio interestingly noted that this reaction started spiking even before both governments issued lockdown measures, indicating that society was ready and in need of new solutions but government responses lagged behind [watch the full video below].

In both cases, you also see that while fear had gone down after the initial spike in early March it went up again when both governments announced the intention to begin easing lockdown measures, demonstrating the apprehension and uncertainty around a possible resurgence.

Fatigue/boredom was also a common sentiment that occurred simultaneously as the lockdown began and people started working from home.

“It’s intriguing that many emotions in the UK and US mirrored each other – which points to the globalization of media coverage, and the common human reactions to these developments that occur regardless of where someone lives and their specific circumstances,” said Sameer Shah, Pulsar’s Associate Research Director.

Fear and fatigue in the US

At the same time, you also see divergences in public emotions that point to underlying differences in social, economic, and political conditions in each country.

While in the UK, admiration was the dominant emotion throughout this period by far, in the US the extremely high levels of both admiration and fatigue were continuously fluctuating over time. While both experienced increases in fear around the same events, in the US public fears were significantly higher.

It’s hard to say exactly why we’ve seen these differences but high unemployment, inequality, and political polarisation could be a logical explanation.

There were also deep divisions in public opinion between containing the spread of the virus and opening up the economy. As Shah points out, the data really demonstrates this:

“Acceptance in the US declined during April – and this behavior manifested in the pockets of protests (to open up businesses) throughout the country. Indeed, some would attribute this to the different political environments in the countries – with much of President Trump’s rhetoric focused on opening the economy as soon as possible, compared to the UK’s more consistent and cautious #StayHome messaging.”

This is further supported by the increase Pulsar saw in Twitter conversations around the topic of ‘Liberties’ during this period, bolstered by those advocating to end social distancing restrictions.

Emotions reach a boiling point after the death of George Floyd

What’s perhaps most interesting is the newest set of data they shared with us running from mid-May until June 20th.

If you look at the data, in the US, fear starts climbing on June 3rd surpassing all other emotions and reaching a peak of 96%. Meanwhile, as fear starts to decline, admiration kicks in reaching 100% on June 6th, the day of George Floyd’s funeral. Mixed in we also see increases in fatigue, caution, and anger.

In the UK, you also see fear, anger, and caution increase but fear never reaches the extreme levels it does in the US. Instead, admiration appears to be the dominant emotion throughout this period which starts to build after June 3rd, the date of the first major coordinated protest in London.

Is this signaling a time for change?

While it’s difficult to say from the data alone whether the extremely high levels of admiration during this time are in support of the Black Lives Matter movement, when comparing with some other data points, the evidence definitely points in this direction.

A recent poll by ABC found that 74% of respondents view George Floyd’s death as a problem with underlying racial injustice. In comparison, the same question was asked in 2014 following the deaths of Michael Brown and Eric Garner. Instead, they found that only 43% of people viewed these events as part of a broader problem, while 51% believed they were isolated incidents.

Not only is public recognition of racial injustice changing, a study by the Pew Research Center found that two-thirds of US adults support the Black Lives Matter movement, while CNN found that 84% felt that peaceful protest against police violence is justified.

Indeed, this year’s Black Lives Matter protests have been the most widely supported in history, attracting a diverse group of advocates.

As a result of the pandemic, Pulsar has found that discussions around a sense of and need for community have been increasing. While it’s difficult to attribute widespread support for the Black Lives Matter protests to feelings of community support, we have seen small communities tighten and use their support base as a springboard for community activism.

K-Pop fans, for example, have been one of the most active groups using their tightly knit online communities to take down a Dallas based police app that asked users to share videos of illegal activity during protests and, more recently, to buy out tickets to Trump’s Tulsa rally.

The battleground for the #NewNormal

However, we’re still seeing significant differences in public sentiments across party lines. Pew’s research also found that Republicans and Democrats see the underlying factors for the protests differently. Notably, 82% of Republicans believe one factor that contributed to the protests was people taking advantage of the situation to engage in criminal behavior.

This continuing division can likely be attributed to what D’Orazio terms ‘The battleground for the new normal.’

During this moment of great change, more progressive audiences are seeing the ‘New Normal’ as an opportunity to bring forward what they see as positive changes in society.

At the same time, more conservative audiences have expressed concern that those changes constitute a threat to established ideas that they see as key to a prosperous society. These views have likely fueled the conservative-led protests that linked the opening of the economy to civil liberties.

Another trend they’ve seen is a huge uptick in conversations around capitalism with many questioning its value as a system.

As Davide Beretta, VP of marketing at Pulsar explained, “I think we’ve seen for years people with competing political and social agendas try to advocate publicly on social media for their vision of society, and the new normal, being a major reset, becomes even more of a battleground.”

We can’t predict the future but with the heightened levels of emotions we’re seeing, it’s unlikely that the activist climate will simply simmer out and fade as more cities begin easing lockdown measures. Whether we’re ready for it or not, the conditions are ripe for change. The question is, what changes do we want to see in our new reality?