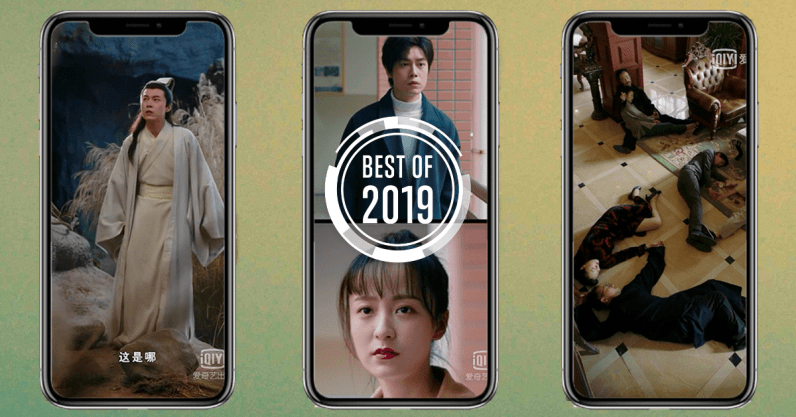 Mobile video is a big deal, but you don’t need me to tell you that. Big Tech has been fast-moving into the mobile video space for a few years now, and recently a slew of mobile-specific content has arrived.

Instagram launched IGTV in 2018, and is pushing creators to explore what’s possible for mobile video. Netflix introduced vertical 30-second previews, and is now experimenting with mobile-first features like vibrating movies. Spotify is releasing vertical music videos. Snap is delivering plenty of premium mobile video content with its Snap Originals, and has more on the way.

But compared to traditional videos which have been around since 1895, mobile video is still a newborn baby. And for new parents, a good way to learn parenting is to look at what others are doing. On that note, mobile video producers should direct their attention to a format Chinese media companies have been experimenting with: the vertical drama (竖屏剧; shùpíngjù).

What’s remarkable about vertical drama is that it’s not just any scripted content cropped for a vertical aspect ratio. These shows are specifically imagined for the mobile screen from the ground up. This is evident in three features they all share.

An episode in a vertical drama is typically between two and five minutes. They’re written to deliver each plot-point or punchline as quickly as possible. Before you know it, an episode of Arg Director delivers 10 jokes and then quickly ends, leaving you with an appetite for more.

In the battle for mobile audience‘s fragmented attention, longform content can’t compete: this is the Popcorn League (Note that as the vertical format requires you to hold the phone with one hand, it’s taking one hand away from the actual popcorn, thus even winning half of THAT fight).

2. Vertical is treated as a genre

The great majority of vertical dramas released so far have a comedic dimension. This is, of course, by design: comedy is a genre known for conveying gratification in short bursts, and comedies typically have an emphasis on actors’ facial reactions. Both of these elements are a great fit for mobile.

Just as television has properties that suit certain content better than feature films, so does vertical mobile video. Namely, the medium is good for a lot of intense, fast-paced, and personal moments. Specific narrative devices, such as characters’ internal dialogues or a very abrupt turn of events, would be awkward and out of place when used excessively in longform storytelling.

However, these devices are the typical narrative building blocks in iQiyi’s sitcom Ugh Life!, where characters in everyday situations often find extraordinary things happening around them, such as time-traveling, mind-control, or extremely disappointing blind dates.

This doesn’t mean the vertical mobile format is only fit for comedies, but rather that when Chinese producers ideated their vertical dramas, the medium‘s innate rhythm was accounted for.

A combination of split screens, swipes, and quick cuts dominate the visual language of the vertical drama. This is, of course, a style appropriate for the short episodes and fast comedic rhythm of these shows. But it also allows each moment on screen to contain more information. While the vertical mobile video has very limited visual space for spatial context and mise-en-scène, it compensates by literally pushing double or triple the amount of visual information into focus. This results in a visually fragmented viewing experience that is nonetheless fluid and dynamic.

We can also consider the mobile screen‘s form factor. The large film screen, through its overwhelming size, attempts to immerse the cinema-goer in another world. The mobile screen, which in this sense is the opposite of film, doesn’t concern itself with immersion, but rather provides a tiny surreal portal into the universe of its content. It is this surreal distinction of the small mobile display from its real world surroundings that allows viewers to accept its supernatural visual language: faster, denser, and more information-rich than the real world can offer.

It’s important to note these elements are not particular to a Chinese context, but rather they’re particular to the vertical mobile format. If we look at the Snap Originals released recently, we can actually find traces of the same features too. Mobile video is a new medium, but video creatives on both sides of the planet are beginning to figure out the things that work.