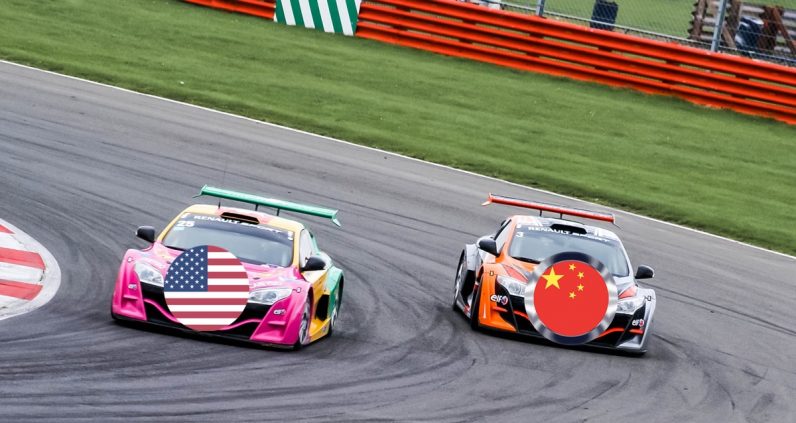 Former Google CEO Eric Schmidt believes that in next 10-15 years, the internet will split into two with one part will be led by China and other by the US.

Schmidt said in reply to economist Terry Cowen’s question on the possibility of having three to four separate internets a decade from now:

I think the most likely scenario now is not a splintering, but rather a bifurcation into a Chinese-led internet and a non-Chinese internet led by America.

He was attending a private event  held by VC firm Village Global in San Francisco. Schmidt added that some countries might adopt China’s model of a controlled internet, with government-censored media and some loss of freedom for users.

China has made tremendous progress in the world of online services and businesses with companies like Alibaba and Tencent leading the way. It’s also growing quickly on the devices front: Huawei has surpassed Apple to become the second largest smartphone maker in the world, while manufacturers Xiaomi and Oppo – also from China – are in third and fourth place respectively, according to an IDC report.

Meanwhile, US-based companies companies have failed to penetrate the Chinese market. Social networks like Facebook, Twitter and Pinterest are permanently blocked in the country. Google is reportedly building a censored search engine to please the Chinese and enter the market, amidst protests from its own employees.

The Trump administration’s trade war against China has affected several technology companies including Apple. The company’s CEO, Tim Cook even had dinner with Trump to reportedly discuss tarrifs imposed on Chinese goods.

Earlier this year, the president banned all US-based companies from doing business with smartphone and wireless network equipment maker ZTE; the ban was later lifted, but not before the firm was slapped with a billion-dollar fine.

China has already built up a mature ecosystem of online services to serves its domestic users, with everything from ride-hailing platforms to digital payments systems. Schmidt may indeed be onto something – but it’ll be interesting to see what this ‘bifurcation’ will spell for societies as globalization continues in the coming years

Read next: Devs worry Ethereum is clogged with crappy apps, but Vitalik has a fix