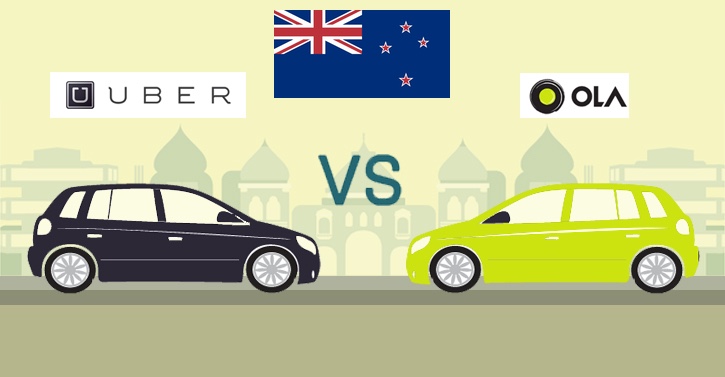 Indian ride-hailing service Ola is set to enter New Zealand after launching its services in the UK in August and Australia in February, earlier this year. The company is looking towards more countries with large Indian population for its international expansion plan. Ola is banking on its ‘local brand’ image among Indians to capitalize in these markets, as it doesn’t yet have the global brand recall that Uber does.

To lure drivers to its platform, Ola is offering a low introductory commission rate of 9 percent, as compared to the market average of 20-25 percent. That should see them earn more per ride than with other services, but it remains to be seen how long this deal lasts.

“We see a real opportunity in New Zealand to provide a fair alternative in the rideshare space for both customers and drivers. We invested in understanding the New Zealand customer and devised the right strategy to meet their transport needs”.

Indian cab aggregator just raised $50 million at a $4.3 billion valuation from two China-based funds, and is looking to raise more money with Flipkart founder Sachin Bansal said to be exploring an investment.

Ola’s services will be available in Auckland, Christchurch, and Wellington starting early next month. It will have to compete with services like Uber and Zoomy in various cities. It will be an interesting battle of cab aggregators down under.

Read next: Being a whistleblower in tech isn’t easy — here’s why