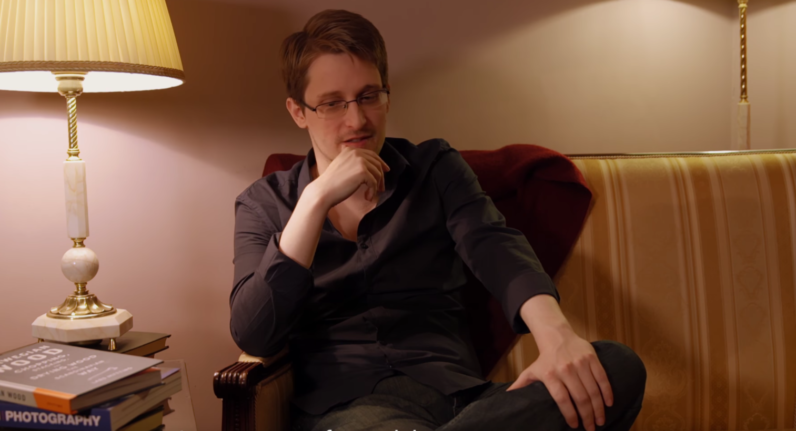 US intelligence officials reportedly uncovered information of a plan to send whistleblower Edward Snowden back to the United States to face trial. According to a senior intelligence official, the “gift” would be an attempt to curry favor with President Trump, who previously called Snowden a “spy” and “traitor” who deserved to be executed.

A second source confirmed the intelligence, according to NBC News.

For Snowden, the extradition would mean he’d all but certainly face charges for crimes under The Espionage Act. If convicted, Snowden’s crimes would lead to a minimum of 30 years in prison. The death penalty is also on the table in certain circumstances.

Snowden’s lawyer, Ben Wizner, told NBC News he was unaware of any such plans. “Team Snowden has received no such signals and has no new reason for concern,” according to Wizner.

As for Snowden, he took the opportunity to point out the planned extradition, if true, offers “irrefutable proof” that he didn’t cooperate with Russian intelligence.

Finally: irrefutable evidence that I never cooperated with Russian intel. No country trades away spies, as the rest would fear they're next. https://t.co/YONqZ1gYqm

It’s still unknown how far along the plan is, or if Russia is committed to it. Former deputy national security advisor Juan Zarate cautioned the current administration about taking the “gift” from Russian President Vladimir Putin:

For Russia, this would be a win-win. They’ve already extracted what they needed from Edward Snowden in terms of information and they’ve certainly used him to beat the United States over the head in terms of its surveillance and cyber activity.

It would signal warmer relations and some desire for greater cooperation with the new administration, but it would also no doubt stoke controversies and cases in the U.S. around the role of surveillance, the role of the U.S. intelligence community, and the future of privacy and civil liberties in an American context.

All of that would perhaps be music to the ears of Putin.

Russian spokesperson Dmitry Peskov, for what it’s worth, says the report is “nonsense.”

Read next: Lock down a lifetime of privacy with VPNSecure for the low, one-time price of $39