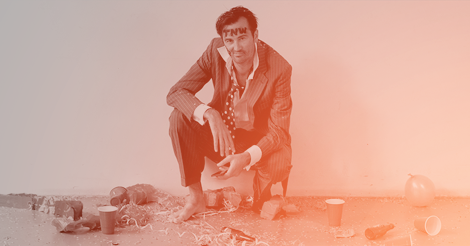 Working at TNW feels like a total geek circus from time to time. And if it’s a circus, the ringmaster would be Boris.

You might know our CEO and co-founder from one of his pieces on this site, or as the host of our conferences. But did you know he was the first person in the Netherlands being able to juggle seven balls at the same time? Neither did we.

To give you a chance to get to know Boris a whole lot better, next Monday you’ll be able to literally ask Boris anything – from his choice of underwear to entrepreneurial advice.

Live from our Amsterdam headquarters we’re hosting our first ever Exxxtreme AMA live on Periscope. And we really mean it when we’re saying it’s going to be extreme. Besides answering any and all questions, we’ll alsohave some surprises in store to shake things up. Believe me, you don’t want to miss this.

Read next: How I setup an online course worth $100k