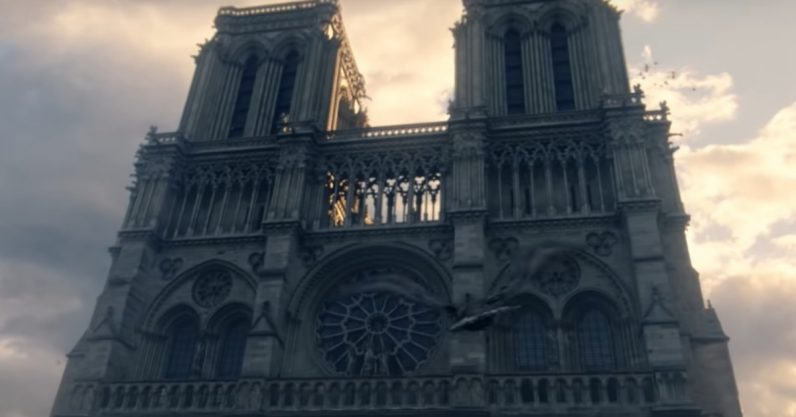 It’s been a year since a devastating fire destroyed the historic cathedral of Notre-Dame de Paris. Today Ubisoft teased a release of its VR tour, which was originally made using assets from Assassin’s Creed Unity. So if you’ve been missing an inside look at the cathedral’s interior, here’s your chance for a look.

The video description calls it a “360° video teaser of Ubisoft’s VR experience, based on Notre-Dame de Paris 3D reconstitution from the videogame Assassin’s Creed: Unity.” Ubisoft debuted the VR experience last year to visitors at the UNESCO headquarters, but has so far not made it public, but that description makes me think it might be soon. Otherwise, why call it a “teaser”?

Read: Ubisoft offers Assassin’s Creed Unity for free so you can visit Notre-Dame

If you want to explore more of Ubisoft‘s reconstruction of Notre Dame at the moment, I recommend buying Assassin’s Creed Unity. It was for that game’s historical reconstruction that Ubisoft did so much research on Notre Dame. Generally the Assassin’s Creed series puts in so much painstaking historical detail that recent games have included an educational mode called “Discovery Tour” that lets you explore the historical setting, no assassinations required.

With Unity in particular, whatever else you can say about the game, Ubisoft made sure to put in the work to recreate one of Paris’s most iconic sites for that game’s hero, Arno Dorian, to free-climb all over. One level artist spent almost two years working on Notre-Dame specifically and, while it’s not a perfect reconstruction — they had to add spires despite the fact they didn’t exist at the time the game takes place because the cathedral didn’t look right without them — it was so close to perfect that it could potentially be used in the actual Notre-Dame’s reconstruction.

Note that you don’t actually need a VR headset to be able to watch the video and get a good look at the cathedral. You can pan around and peep all the architectural beauty anyway, which is as sad and wonderful as it sounds. It’s not the same as Notre Dame — I’m not sure anything ever will be again. But considering rebuilding efforts have allegedly stalled thanks to the coronavirus, and would take years anyway, it’s nice to have something.

You can buy Assassin’s Creed Unity from Ubisoft’s store.

Read next: Why these Quasar jets appear to travel faster than light