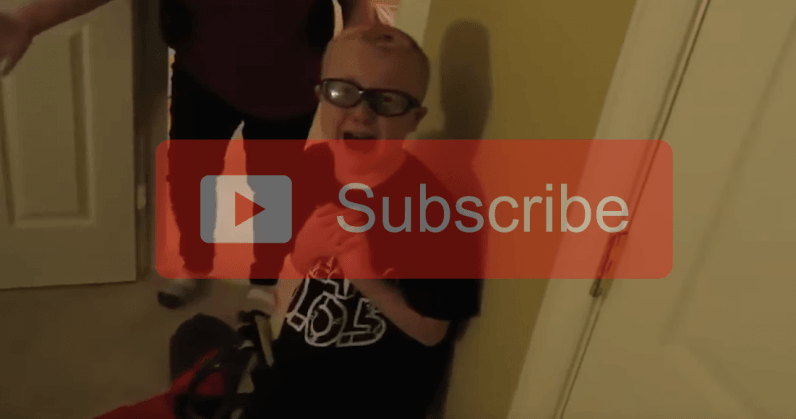 Recently, YouTube has been removing or demonetizing large swathes of content featuring young children, in videos that could be seen as abusive or exploitative. These include videos as seemingly harmless as parents pranking or scaring their children, and as disturbing as children being apparently tied up and gagged. This would be great, if it didn’t come across as nothing so noble as the site cleaning up its own mess.

Buzzfeed spoke with several YouTubers children appeared in these types of channels, most of whom were dismayed at the loss of their revenue stream. None seemed to find what they did problematic, which is understandable — I doubt anyone would cop to hurting their children for money. But clearly some of their viewers didn’t agree, and started a wave of backlash that lead to the current purge.

But while there is a certain righteous satisfaction to take from these parents being cut off from the means by which they profited from their children’s discomfort, let’s not forget that they had a silent, accepting partner: YouTube itself.

It’d be easy to applaud the site’s  for their demonetization of these videos. That was even my first reaction. But if you really think about it, these channels have existed for years, and it took backlash from outside sources before Google saw any problem with the channels themselves, or the revenue they brought in.

YouTube keeps 45 percent of all revenue creators bring in, meaning they likely made a tidy sum from these inexplicably popular channels. It even had a hand in their popularity. As one of the parents pointed out to Buzzfeed:

Several of these channels only got any negative attention from outside parties, rather than YouTube itself. For example, you have the Martins, the masterminds behind the “DaddyOFive” channel, who engaged in blatant child abuse and were eventually called out and publicly disgraced.

Did YouTube take down their channel after rigorous report reviews and manual checks? No. Did it remove the channels’ videos or demonetize them? No, the Martins’ removed several videos and claimed they demonetized the channel themselves. Did it quietly collect on the couple’s estimated hundreds of thousands in revenue from their 760,000 subscribers? I’m not privy to YouTube’s accounting, but I still feel comfortable guessing the answer is “You bet your buns it did.”

The content wasn’t removed until waves of backlash rolled in from the likes of Philip DeFranco and others, who called out both the parents and the platform. And that seems to be the template for the site’s response: wait until after the howl starts to try shutting up the dogs.

Another major channel recently thrown to the wolves is Toy Freaks. It was run by Greg Chism, and consisted of him and his young daughters engaging in infantile behavior that I would describe as “yuck.” The channel, recently shut down, had eight million subscribers. He’d received the Gold Play Button, an award for reaching a sub milestone which also grants special privileges, for a channel that featured underage girls screaming, puking, and pretending to wet themselves.

We take child safety extremely seriously and have clear policies against child endangerment. We recently tightened the enforcement of these policies to tackle content featuring minors where we receive signals that cause concern. It’s not always clear that the uploader of the content intends to break our rules, but we may still remove their videos to help protect viewers, uploaders and children. We’ve terminated the Toy Freaks channel for violation of our policies.

How convenient this comes after a media storm aimed at this channel and others exactly like it.

I’m glad to see these videos go, and to know that somewhere another set of thoughtless parents might be dissuaded from exploiting, manipulating, and terrifying their children in exchange for easy money. But let’s not forget YouTube has allowed them to stay on the site, even flourish, without so much as a negative word. Some were even given awards for behavior YouTube is now saying it doesn’t condone.

Read next: People losing it over this 'creepy' Netflix tweet really don't understand the internet