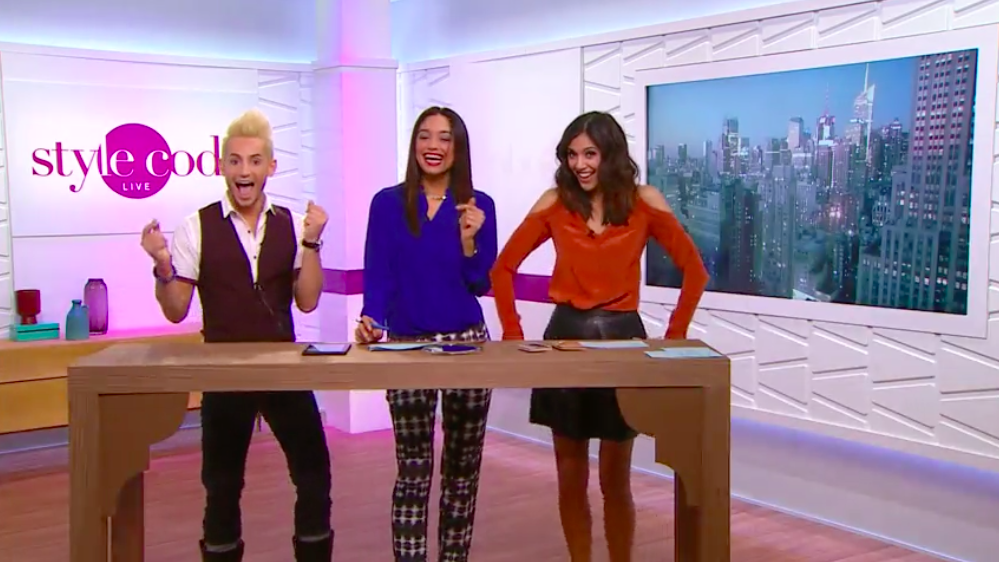 Amazon is debuting its first live TV show tonight – a 30-minute daily fashion and beauty segment featuring a former Miss America, an ex-Big Brother star and an MTV presenter as its hosts.

The show won’t yet feature any ads, and is available for free on Amazon at 9PM ET/6PM PT every week night, but will offer viewers a live opportunity to buy the items featured during each episode.

It’s a bit like QVC on Web steroids, with each purchase only a few easy clicks away.

Smith says it’ll offer viewers “something they can’t find anywhere else,” aside from all of the magazines and YouTube channels dedicated to just this topic.

Given that the show is hosted live on Amazon, the company is likely to make a significant share of all sales made during each broadcast.

The company is clearly trying to remake its image as a fashionable place to shop, having already launched its own branded clothes and debuting its first ad-driven, pre-recorded series last month in the shape of Vogue’s The Fashion Fund.

It’s also clearly willing to experiment with money-making schemes in a bid to make get hard cash from the YouTube generation.

Read next: Tovala smart oven is Blue Apron for people who don't actually want to cook