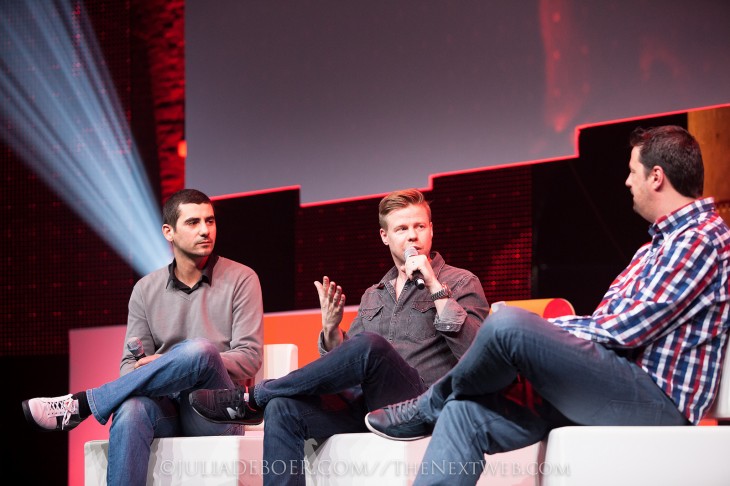 The evolution of the Internet has changed not just the way in which people listen to music, but also how musicians and artists should communicate with their most loyal fans.

Album sales continue to flatline, but music streaming services such as Spotify, Rdio and Deezer have shown that there’s still a huge market for offering a viable alternative to illegal downloads.

Fabrizio Gentile, managing director of Deezer in the Benelux region and Dutch music producer and DJ Ferry Corsten took part in a panel at The Next Web Conference in Amsterdam to talk about curation, global reach and the advantages of using social media.

“We have about 200 employees, around half of which are developers and one-quarter are editorial managers,” Gentile said.

“That might sounds like a weird name, but actually whenever you go on Deezer – whether it’s on your mobile or on the Web – everything that you see has been chosen by someone. In most countries where we are, or where we have offices at least, there’s someone listening to 40-45 hours of music a week and suggesting that to users.”

The “human touch”, as Gentile describes it, separates Deezer from other music streaming services that rely solely on algorithms to create new artist suggestions.

Read next: Welcome to the world of Whirled: Meet the agency behind some of Google's most well-known videos