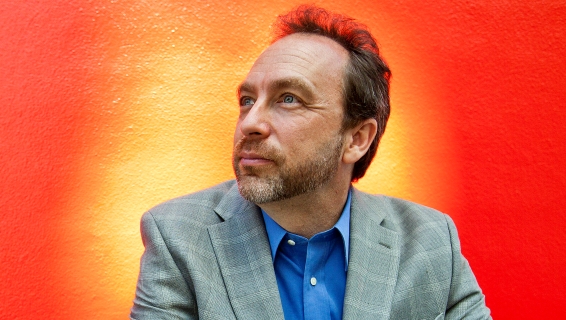 The Next Web is out and about in London this week for Internet Week Europe. Today we were at ExactTarget’s Connections2011 event, where Wikipedia founder Jimmy Wales was talking about, well, Wikipedia.

For those of you that don’t know (there can’t be too many of you), Wikipedia is a not-for-profit online encyclopedia that’s often cited as the classic example of ‘crowdsourcing’. It celebrated its tenth anniversary earlier this year and, in that time, Wikipedia has grown year-on-year, in terms of traffic, languages covered, number of articles and donations from the public.

Indeed, Jimmy announced some pretty impressive figures at the event – it has recently surpassed 420m unique monthly visitors, and there are now over 20 million articles on Wikipedia across almost 300 languages.

Whilst Wales refers to himself as the founder of Wikipedia, on Wikipedia’s own Wikipedia page Larry Sanger is listed as his co-founder and, indeed, Sanger has pulled together a pretty comprehensive list of online resources to back-up his claims to co-founder status. We actually covered one of Sanger’s new projects a couple of weeks ago, which is an online phonics tutorial for children.

But today was about Jimmy Wales. And at Battersea Evolution, a new-ish events venue in South West London’s Battersea Park, The Next Web caught up with the Wikipedia man to get some insights on where Wikipedia is today, censorship in China, languages, donations, his for-profit Wikia website…and why he hates the word ‘crowdsourcing’.