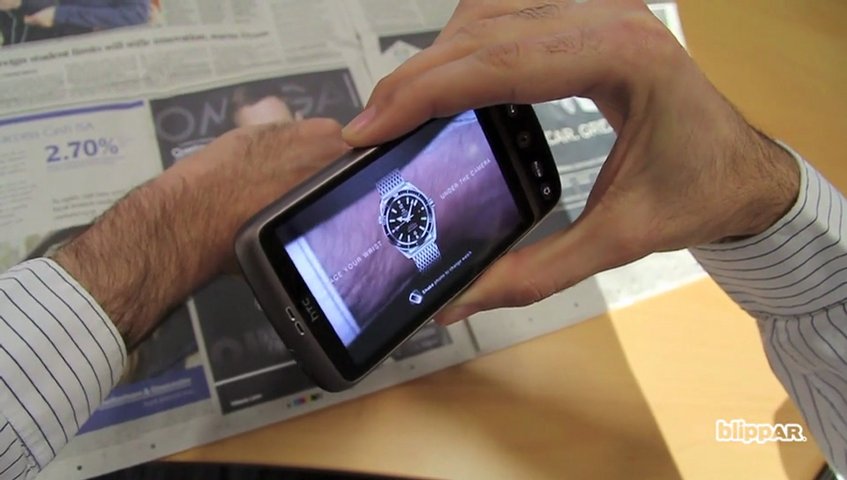 There’s a pretty cool app being demoed at The Inspire Conference today – and it goes by the name of Blippar.

Blippar sells itself as “the first universal augmented reality platform aimed at advertisers.” And I must say, irrespective of what function it actually serves, it is a very cool app.

Not only does Blippar unlock augmented reality adverts, but it’s also a customer interface that catalogues and promotes brands that are signed up for inclusion.

How does it work? Well, you wave your smartphone’s or tablet’s camera over a branded image, and it magically comes to life on the screen in front of you. It’s like a 3D website that jumps out at your from a static label or poster. Its cool factor may be enough to attract advertisers in their droves and this could be the next big app in advertising. Or it could be a novelty that wears off after a few months. But I suspect somewhere closer to the former.

The app has been researched and planned for a year and a half, but actual development has been a few months. Both Android and iOS apps will be available to download for free at the end of June.

Jess Butcher, Marketing Director at Blippar, gave me a demo of the app in action: