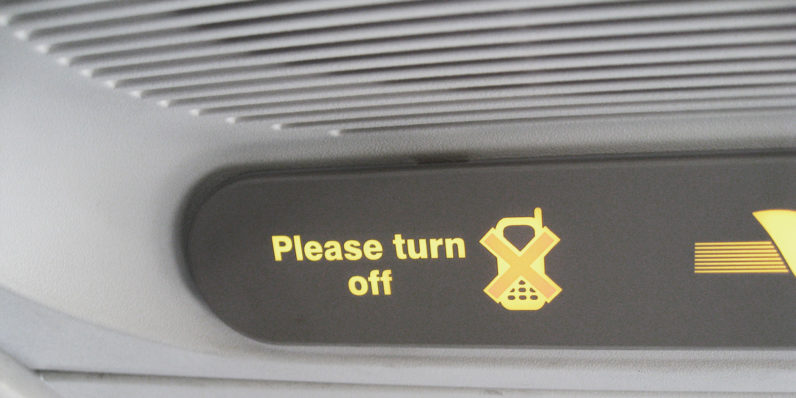 It’s been 26 years since the Federal Communications Commission (FCC) first enacted a ban on phone calls aboard aeroplanes, over concerns of cellphone signals interfering with aircraft communications systems.

That’s no longer a concern as many planes now have their own cellphone towers on board for delivering in-flight entertainment content. But the ban will remain in place because some passengers are opposed to being trapped in a metal tube with several people on the phone – and that includes FCC chairman Ajit Pai.

Pai has proposed an order to keep the ban on voice calls over cellular services. USA Today noted that while the FCC must vote on it before it can be enforced, it’s likely to go through.

The agency had planned to lift the ban in 2013, but Pai, who was a commissioner back then, voted against collecting comment about the move, is having none of it. In a statement, he said, ” “Taking it off the table permanently will be a victory for Americans across the country who, like me, value a moment of quiet at 30,000 feet.”

While I’m usually all for allowing the use of personal electronics in public, Pai does have a point: allowing flights on calls could make for noisy cabins, which might make it difficult for passengers to relax, catch up on their reading or nap.

Flight attendants aren’t keen on the idea either: among the comments received from the public in February 2014 about this issue, they voiced concerns about “passengers ignoring safety briefings, getting into fights over noise or possibly helping terrorists coordinate attacks.”

It’s worth noting that the FCC’s move doesn’t cover VoIP calls made through services like Skype, WhatsApp and Messenger. Also, UK-based mobile operator AeroMobile Communications noted that most in-flight calls tend to be rare and short, with just 5 percent of passengers on US-bound flights chatting for only two minutes on average.

Do we need an all-out ban? Roughly two dozen foreign airlines allow calls already, and there haven’t been many untoward incidents as a result of that so far. Perhaps it might help for airlines to try allowing calls on domestic flights and then taking a call on their own. But I think I’m going to side with Pai on this one.

To call or not to call on flights? Let us know what you think in the comments.

Read next: This is what happens when you use neural networks to generate pickup lines