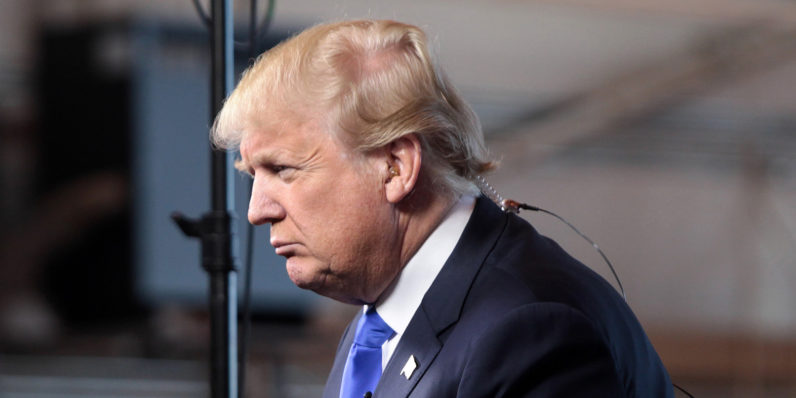 The brief, filed with filed with the US Court of Appeals for the 9th Circuit, states that the companies believe the order to be unlawful, discriminatory and harmful to business in the US.

A draft of the filing dated February 3, obtained by the Washington Post (PDF), draws attention to the contribution of immigrants to the US economy and the success of businesses in the country:

Immigrants or their children founded more than 200 of the companies on the Fortune 500 list, including Apple, Kraft, Ford, General Electric, AT&T, Google, McDonald’s, Boeing, and Disney. Collectively, these companies generate annual revenue of $4.2 trillion, and employ millions of Americans.

Between 2006 and 2010, immigrants opened 28 percent of all new businesses in the United States.

It also points out how the restrictive order will negatively impact businesses in the US that rely on the freedom to hire foreign talent.

Immigrants do not take jobs away from U.S. citizens—they create them. Thus, immigration “expand[s] the American work-force, and encourage[s] more business startups”—ensuring that “[b]usinesses ranging from Apple Corporation to apple growers would be able to find the workers they need in America.”

Further, it states that the order introduces uncertainty as to which countries may be suddenly added to the no-entry list. The brief also describes Trump’s ban as unlawful because it violates antidiscrimination laws passed in 1965; it also brings up the Administrative Procedure Act, which requires government agencies to issue notice and seek comment before enacting new rules.

The filing is the latest effort from Silicon Valley firms to attempt to undo President Trump’s order. We heard that the brief was in the works last week.

Google set up a $4 million crisis fund to help those who have been affected by the order, while Lyft and Twitter each pledged a donation of $1 million to the American Civil Liberties Union (ACLU) as it fights the President’s travel restrictions. Uber said it was setting aside $3 million to assist its immigrant drivers with legal defense fees, and CEO Travis Kalanick quit Trump’s economic advisory council last week. Plus, Airbnb CEO Brian Chesky promised that the homestay service will offer free housing to anyone who’s been left stranded as a result of Trump’s executive order.

A federal judge rejected the Trump administration’s request to reinstate the travel ban late on Friday night. The US Court of Appeals for the 9th Circuit is expected to rule on the appeal in a few days, so we’ll soon know if Silicon Valley’s efforts are enough to fight the executive order.

Interestingly, Amazon is not on the list of firms taking this stand. The company initially came out strongly opposing the ban, but later seemed to be losing its will to fight as it advised employees from countries affected by the order to avoid traveling outside the US for the time being.

It’s also worth noting that the brief makes it pretty clear that this fight is primarily about the business interests of the aforementioned companies. But while that may not be an altruistic move on their part, it may be one of the last stands that might work against President Trump.

After all, it doesn’t seem like there’s a chance of appealing to his humanitarian side by pointing out that he’s effectively shutting out people most likely to be affected by terrorist activity and repressive regimes.

They say that money talks. Let’s hope that in this case, it’s loud enough for President Trump to take notice.

Update: TechCrunch reports that an additional 31 companies, including Tesla, SpaceX, Adobe and ZenDesk have filed to join the amicus brief. Amazon isn’t on board as it’s listed as a witness in the Washington lawsuit brought against the executive order and has been advised by the Washington Attorney General not to sign the amicus brief because of its status in the case, said a spokesperson for the company.

Read next: Tech in Africa: Internet access gets blocked while healthcare gets a boost