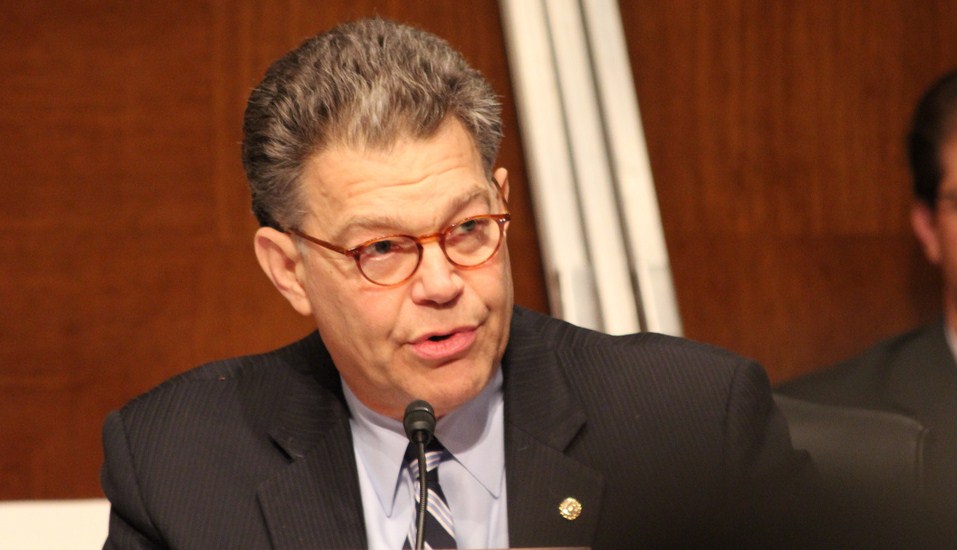 Senator Al Franken is no stranger to technology and its issues. As we noted less than a week ago, Franken appears to have rather deep knowledge of how modern search and social technology companies function, and what the dynamic between user and provider truly is.

Franken is back, this time with a sharply worded letter to the National Telecommunications and Information Administration (NTIA), a branch of the Commerce Department. The missive demands a new way of thinking about privacy, and the protection of the average consumer. His argument is essentially founded in the fact that the 4th Amendment does not apply to corporations, but only to State and Federal government. In the 4th Amendment to the US Constituion, the right to privacy is commonly, if not completely, derived.

However, as Franken notes in his letter [Bolding: TNW]:

Outside of certain industries and market sectors, our privacy rights with respect to the private companies we interact with every day online are limited, if not entirely absent. Indeed, as I discuss further below, federal law allows your wireless company or smartphone company to disclose to non-governmental third parties a detailed record of everywhere you’ve been in the past month or year using geolocation data. […] I think that most Americans would be very surprised by this.

From this basis point, Franken outlines a number of fundamental rights, in his view, that pertain to privacy, which should be taken up by the NTIA in its regulatory work. His core point is that “Privacy is a fundamental right.” From that he states the following:

First, I believe that all Americans have a fundamental right to know who has their personal information and how it is being used.

Second, I believe that all Americans have a fundamental right to control who gets their personal information and who it is shared with.

Third, I believe that our fundamental right to privacy includes the right to know that our sensitive information-wherever it is-is safe and secure.

Fourth, I believe that concentration in the telecommunications and technology sectors has reduced the incentives for many companies to protect consumers’ privacy.

Finally, I believe that federal and state authorities should rigorously enforce privacy laws – and that whenever possible, private citizens should have the right to personally enforce their right to privacy.

This is the crux of Franken’s views. Of course, the above ideas could be applied to any number of areas. Franken, however, has several specific cases in mind. We’ll touch on the two that are most important.

For Franken, location information is a flashpoint. Users must be able to comprehensively control their geodata, or lose the right to control privacy of their location. The entrance of such technologies as GPS-enabled phones into every pocket has opened a new set of issues that need to be addressed. A simple example of this is whether consumers, or their mobile providers, own any location data that a handset saves in the course of normal use.

The Senator has an idea to solve the problem: the Location Privacy Protection Act (LPAA). It’s his own creation. Importantly, Franken is trying to fit in with other parties working on the issue: “The protections of the LPPA are squarely in line with President Obama’s Consumer Privacy Bill of Rights.” TNW’s take is that Franken is making noise in a quiet room that should be rowdy; more and better regulation is needed on this issue, especially as technology adds new location-enabled capabilities to its quiver.

Finally, Franken is also quite worried about the power of technology to recognize, and identify you. If a tool can, in a flash, and automatically, know who you are, it has data that you might not have wished to share, such as where you are, what you are wearing, where you might be going, who you are with, and so forth. Franken outlines this in the following way:

Your face can be the key to an incredible amount of information about you-and facial recognition technology can allow strangers to access that information without your knowledge, without your permission, and in about as much time as it takes to snap a photo.

The letter goes on to make a good point on permanence:

Biometric information is sensitive because it is permanent: unlike your credit card number, password, or even your home address, you can’t change your face or your fingerprint.

Facebook is what has Franken most preoccupied when it comes to biometric data. From his letter:

Through the Tag Suggestions feature, Facebook leveraged its enormous database of tagged photographs and the ongoing tagging activities of Facebook users to create a massive database of its users’ “faceprints”-unique digital files comparable to fingerprints that can be used to identify an individual based on his or her photograph. Because of the size of Facebook’s photo collection and the speed with which its users are continuously tagging and identifying individuals in those photos, Facebook likely holds the largest and most accurate privately-held collection of faceprints in the world. In fact, given that Facebook has 845 million users-and that the company opted all of its users into the program-a back of the envelope calculation suggests that Facebook could easily have a faceprint for one out of every twenty people on the planet.

To put all this into something digestible, the Senator is calling for regulation to catch up with technology. As new tools are built, old rules crumble. This is especially true in a world where users might expect that they are protected to an extent, but are not.

Disagree with Franken’s other policies or not, but he does seem to be pushing in the right direction on this issue. Draconian regulation we need not. But a few common-sense rules to keep users safe and their information unmolested sound like the way forward.

Read next: Tired fingers, sore wallets: 64% of Chinese gamers paying up each month