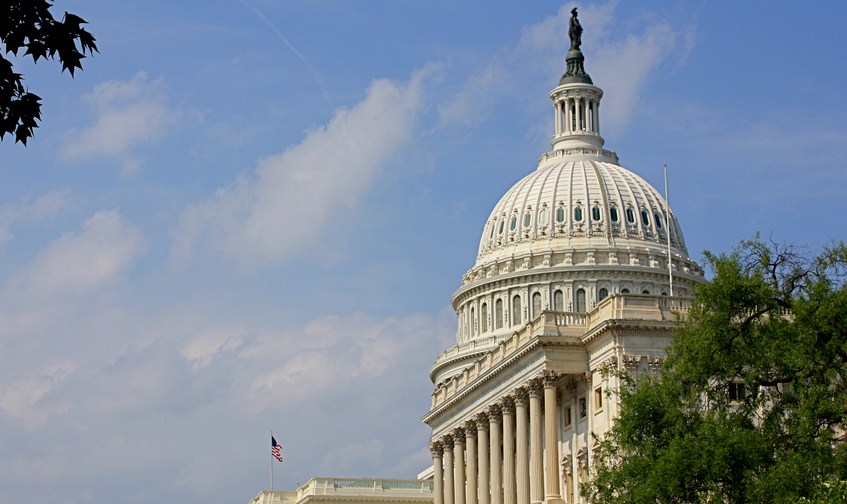 This is a somewhat special post, as it covers a very interesting collision of technology, social media, crowdsourcing, crowdfunding, and, of course, Reddit.

We recently spoke with Andy Posterick, the founder of TestPAC, a unique and innovative political action committee (PAC). You’ve probably heard of PACs in the political media. We had a chat with Mr. Posterick, and then conducted a formal interview via email. The following responses are unedited; we wanted to give the man as much a space as he required.

Talk TNW briefly through the birth of the idea for TestPAC

TestPAC filled a niche at exactly the right time. Late last year, our members were heavily-involved in a campaign to get Paul Ryan to drop his support for SOPA, but we couldn’t accomplish a lot of our goals because campaign finance laws wouldn’t let us spend a lot of money on electioneering communications. Fortunately, Paul Ryan came out against SOPA before we needed to start the PAC.

We knew that we we would need a PAC for future campaigns, though, so Jeromie Whalen, who is now our Chairman, and I concurrently started paperwork with the FEC. Both of us had the same idea: a PAC that crowd-sources its goals, missions, and campaigns to its members and serves the public, rather than some sort of shadowy governing board. We joined our two PACs together to create TestPAC. The name is a Reddit inside joke, the most popular post ever was titled “Test Post, Please Ignore.” So we took the name because it represented how if you tell the internet what to do, we push back ten times harder. It’s the Streisand Effect.

Unlike most Super-PACs you hear about in the news, we don’t have influence from a few wealthy contributors, we rely on our growing community for ideas. Most donations are under $30 and anyone with an internet connection can join us and help us grow.

What has been your chief method of spreading the word?

Even though we’re based on the internet, our goal for now is to reach voters – and reaching voters means campaigning in more traditional ways. On Monday, we will be launching a 14×40 digital billboard in San Antonio which equates Lamar Smith’s legislation with censorship. We will also plan to air two commercials, and of course, every step of the way will be discussed and planned in public on Reddit.

Finally, our boots will be on the ground in Texas this spring – you can plan on seeing some truly innovative canvassing techniques.

Why have you focused on Reddit so heavily? What advantages does it have for an organization such as yours?

The biggest advantage Reddit has for a democratic organization is its content-filtering algorithm. You can quickly sense the community’s opinion on an issue without having to make a spreadsheet – the upvote/downvote system automatically makes sure that the most popular opinions are near the top of the page.

Are you working on diversification? What other platforms are you planning on using next?

Reddit is the best place for our operations because it was already so heavily-involved in the anti-SOPA movement, but we do our best to represent the internet as a whole, so we definitely want to foster involvement from communities similar to Reddit in the future. We are not, however, going to go rush into forums and bluntly ask for support (the Streisand Effect, remember?) – if your community takes an interest in one of our campaigns, we’ll come to you.

What technologies are you currently using to run the PAC?

Our site is run off WordPress, but our web developers are working on some unique changes as we speak. We plan on including a voting system for official PAC votes that uses a preferential system, the Schulze Method, to tally the winner. Our eventual goal is to have contributions and expenditures updated on the site live – if you pitchin 20 bucks for TV airtime, we want to show, live on the site, how you impacted the PAC’s fundraising goals.

Our payment processing is currently handled by Piryx, but we have been negotiating with a new payment processor ever since we learned that Piryx is hosted by GoDaddy, who supported SOPA.

The bulk of our operation is on Reddit. One of our members modified Reddit’s default CSS to give our community a unique flair and style of its own.

How effective is the Internet, in your experience, for the raising of monies for such projects?

The internet is the insurmountable king of fund-raising and entrepreneurial platforms, which is why protecting it is so important.I happen to live far away from Silicon Valley – I live in South Phoenix, where finding support for a project like this would be simply impossible. The internet removes the geographical barriers that would have otherwise killed Test PAC in its early stages. Thanks to the internet, the three cities that contribute the most to Test PAC are the tech meccas of Austin, San Francisco, and Seattle.

Do you expect your model to spread?

I sure hope so. I think it would be better for our country if more PACs become entirely crowd-sourced and begin to compete with more traditional PACs. As it stands, most PACs are not upfront about their expenditures at all. They make vague promises like “your money gives us the political strength that it takes to win” without really specifying how that money is spent. A crowd-sourced PAC lets its members decide where money is spent.

Finally, talk to us about where you see TestPAC going

TestPAC is a democratic organization, so the direction it goes will be up to our internet community, and our members are already debating that exact question. No matter what, Test PAC will be doing what it is already doing – working hard on political campaigns that try to make the world a better place for everyone. Membership is open to anyone with a Reddit account and everyone’s opinion is weighed on equal footing.