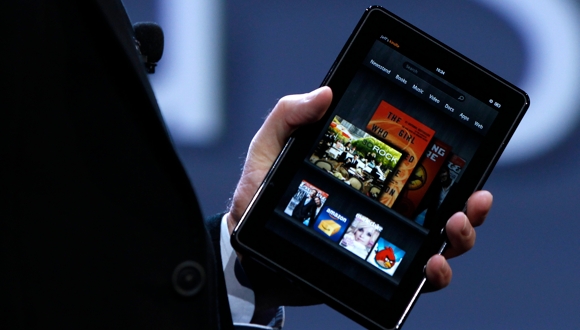 Amazon today announced that sales of its Kindle devices surpassed more than 4 million units, becoming the most popular item on the Internet retailer’s stores in the US, the UK, Germany, France, Spain and Italy.

Not normally known for divulging sales statistics, Amazon stated that in December, customers bought “well over” 1 million Kindle devices per week, ensuring that in the U.S the Kindle Fire, Kindle Touch and Kindle claimed top three positions in its sales charts.

The company also noted that the gifting of Kindle books rose 175% between Black Friday and Christmas compared to a year previous, with Christmas Day becoming the company’s record day for Kindle book downloads.

Amazon was also quick to point out the success of its Kindle Direct Publishing (KDP) platform, announcing that the first and fourth bestselling Kindle books were self-published works by KDP publishers.

Read next: How to: Outsource Your Social Media in 2012