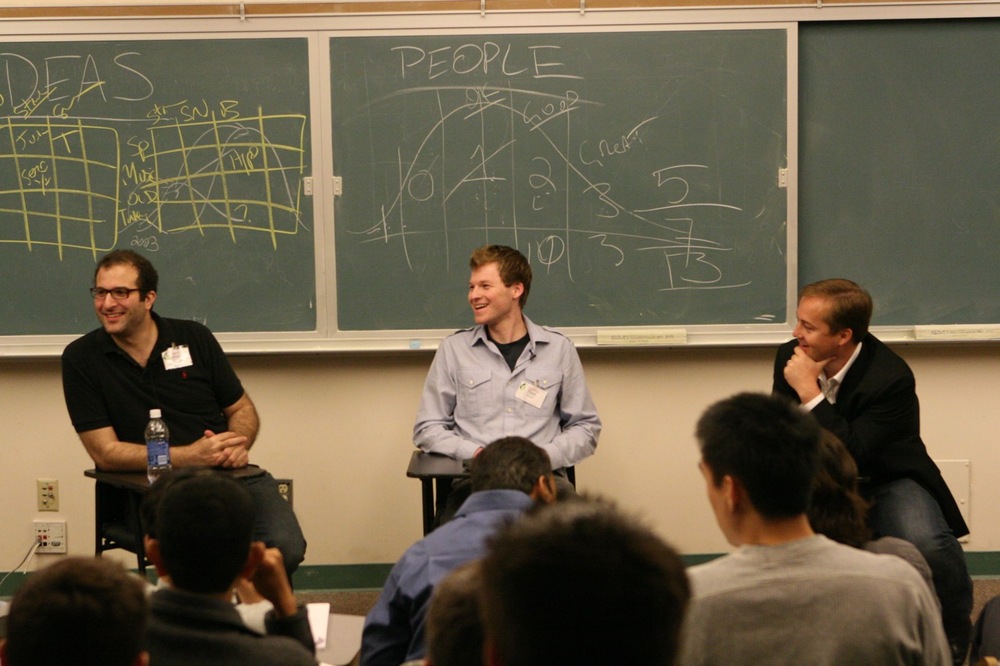 Four times a year, global members of The Founder Showcase gather to discover 10 amazing startups, meet other people and to not only network but to really make a difference. The event is hosted by the Founder Institute: a community that helps each other. “Globalizing the Silicon Valley” is not only about inspiring dreams but really nurturing projects that could have the potential to be great, at the very least.

The Founder Institute has imagined a four month program allowing you to be in the best conditions to work on your idea. The network they have built all over the world demands respect as they do not only use the Silicon Valley culture to grow local projects but instead spread this potential all over the world. 306 companies have now graduated across 17 cities and 4 continents in just 2 years. And it is just the beginning for the Institute that envisions to launch 1,000 companies a year in many new locations.

Most of the time when you want to define people you know in the tech industry, you will probably call them a connection, or use the term “network”. It’s always surprising when a young entrepreneur talks about an accelerator as his family as does Jonathan Greechan, a partner at the Founder Institute: “Teamwork is the basis of our entire program, as all graduates, mentors and the Institute share equity in the graduating companies.” Also, Kevin Hailstock from Washington DC, CEO and Founder of Insightful Art shares this sentiment:

“I graduated last year and the mentors I met are still advising me. I am not presenting tonight, but the Founder Showcase is always a big event for the community, I wanted to be here for support.”

It is all about the community. Most of the founders and even a good portion of the audience are Founder Institute graduates. Mike Thompson wasn’t presenting this time around. The company he founded, Kimerit, which encourages collaborative research for scientists, is a beneficiary of the Founder Institute but was not one of the 10 startups on stage this year. He was there to encourage his friend Martin Pannier from Picuous, who was pitching to an impressive jury of famous investors. Anyone can apply to present, but the selection is tough and proves the quality of the lucky founders chosen to pitch in 3 minutes. The stakes are high and the competition is intense.

Before the competition started with 5 first startups, Naval Ravikant, founder of AngelList and Venture Hacks, insisted on the quality of these startups during his keynote. If Steve Jobs loves to repeat the word “awesome” to define Apple products, Naval Ravikant likely has copyright on “exceptional”. His overall message was: Keep the visionary speech and the ego demonstration for yourself and just try to be exceptional. Because you will need it to convince investors. At the Founder Showcase, not only do you have to convince the jury, but the audience present at the conference is also invited to vote and chose who will go to the last round. So each startup receives a vote from the public and a grade from 1 to 5 on a card from each person on the jury.

Kieran Farr, CEO and co-founder of Vidcaster, a service that allows you to easily create a video website on your own domain explains: “There are big stakes at play, not for the $2,500 prize honestly but for the visibility the Founder Showcase is offering, you have so many investors attending the event, it’s definitely a great opportunity.”

The 10 startups on stage were all seductive, and at least interesting, with a more or less defined business model, which the jury was very good at pointing out through their tough questions. But the higher than average level of projects competing proves that The Founder Institute is here to plant strong seeds. You hear about so many projects in the Valley, so many new “killing-amazing-disruptive-you-have-no-idea-how-awesome-it-is” apps or ideas that the hardest is probably not to find a project but to be sure to sustain the best ones.

The second keynote from Mark Suster, general partner GRP partners and creator of the famous blog “Both Sides of the Table,” was a perfect reminder that you have to be the best indeed. Because that’s necessary, but not enough. His general message was: You have to take into account all the others parameters. Yes, there is a bubble, but that is not the worst news: most businesses fail as you know.

Mark Suster described the parameters you have to fulfill: who, when, how, what and why are the questions startups have to answer quickly to be funded in a potential bubble. VC’s, represented by Darth Vader in one of Mark Suster’s slides, are not there to support dreams and stories, but want “management, market size, money, and momentum.” Mark Suster never says you have to be lucky, but call it as you want, timing seems to be key. There are not so many windows to convince investors. It’s tough to hear but also essential. But being a part of the Founder Institute means not only that you are locked into a support community. Even if there was only one winner at the end of the evening,(congratulations to Kaggle), you also feel that the lessons startups will learn, the great feedback they’ll get, and the other founders they’ll meet are the most important aspects of the experience. That’s probably the most positive thing about an entrepreneur’s life, despite all the tough moments along the road from finding money to building a scalable idea. If you get through the CRAP (Criticism, Rejection, Asshole, Pressure) according to Richard St John, author of the book “8 secrets to success”, you will be even more hungry than before.