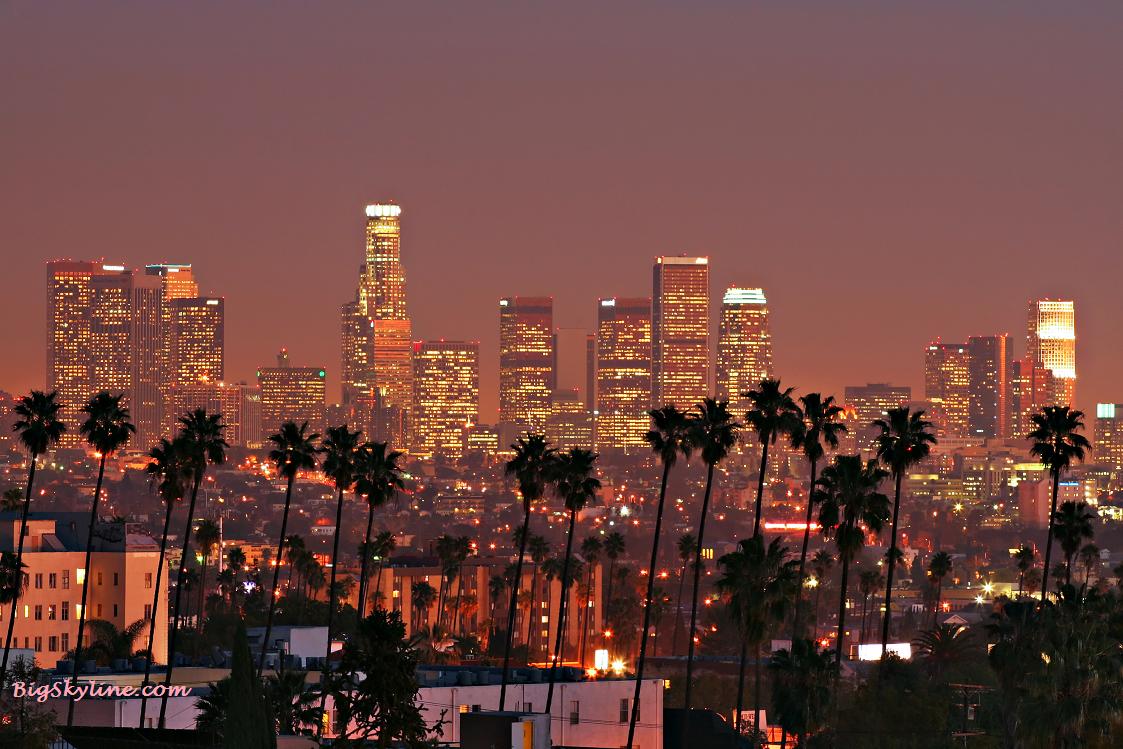 As the pulsing center of the film and entertainment industry, Los Angeles is a town built on fast cars, movie stars and cosmetic surgery. But if you look past all the flashing lights, you’ll discover a thriving underground tech scene driven by an emerging wave of entrepreneurs who are setting up shop on LA’s Silicon Beach.

“We’re a bit of tech island here. You’re in a safety bubble where you can take six months to a year to get things done without worrying about someone stealing your people,” said one L.A. based entrepreneur Paige Craig.

So forget about the red carpet and this year’s Oscar predictions. Here are six LA start-ups you need to know about:

ToothTag is an Android app from NeuAer that turns your smartphone into a hyper-aware personal assistant by allowing it to sense when other devices or networks are nearby and automatically perform actions. While location-based apps like Foursquare rely solely on GPS, ToothTag takes advantage of all the other radio signals that smartphones pick up, tapping into Bluetooth, WiFi and Near Field Communication (NFC) to provide more accurate and relevant information. Users can “tag” devices or access points and then create different pre-set interactions that are triggered whenever the phone comes within range. So let’s say you’re out with friends and your ex-boyfriend shows up at the bar – with ToothTag, you can program your phone to vibrate as soon as he walks in the door, giving you ample time to sneak out the back.

The app was released in early 2011 and won the Best Tech award at Jason Calacanis’ LAUNCH event in March. Although it already has thousands of downloads, ToothTag was built primarily to showcase NeuAer’s ProxPlatform technology and get mobile developers interested in the concept of proximity as a service. “We see a world where you can walk into a room and know more about your surroundings based upon the little unique heartbeats that other mobile (cell phones) and fixed (WiFi) radios emit,” says NeuAer founder Dave Mathews, who was involved with both Slingbox and Boxee (which we recently reviewed) at the start-up phase. In 2010, he relocated to Los Angeles in order to escape what he calls “the bubble” community of tech start-ups in San Francisco during the development of ToothTag and ProxPlatform. NeuAer has some big ideas for their proximity technology, envisioning a future scenario where it could be embedded on other devices, even fixed access points like television sets or WiFi access points. In the meantime, the company has opened its API to developers, encouraging them to build their own interesting applications for the platform.

Gickup brings the fun of “Board Game Night” to the Internet with a new video chat-based gaming platform that works sort of like an online icebreaker, letting users meet people from all over the world while playing games. Developers Michael Mikikian and Brian Fudge were inspired by Chatroulette, seeing the popularity of the service as an indicator of people’s willingness to socialize with strangers online. Mikikian, who previously worked as an investment banker, says they created Gickup “as a way to tap into this deep human desire to interact with new people but to do so in a more playful and safe way.” Players have to sign up for a free account or login via Facebook Connect in order to play, so it’s not nearly as anonymous as Chatroulette, and in order to enforce the “no nudity” policy, whenever a player reports abuse the service will automatically send a screenshot of the video chat to a moderator for review. I wonder if this is considered sexting?

Gickup contracted with Propulsion Games, headed up by television’s WCG Ultimate Gamer producers Michael Agbabian and Dwight Smith, to develop the first three original content games featured on the website. The massively multi-player online video chat game (MMOVCG) service will launch beta on June 15th, giving users access to “Ruthless,” a game of strategy based on trivia questions. Four players try to bankrupt each other by stealing credits through correct answers or by teaming up to take down a target. Still on the horizon: “Secret Celeb,” which pairs players up and challenges them to give clues describing a celebrity to their teammate, and “JudgeMe,” where players learn about each other by guessing how they would rank four different items, like favorite movies.

Did you know that Americans spend an estimated $22 billion per year on self-storage? NeighborGoods gives you a way to get more use out of the stuff collecting dust in your garage by sharing it with friends and neighbors. The online community lets people list the items they want to borrow and lend, such as lawnmowers, bicycles and camping equipment. In fact, someone in Santa Monica wants to make all of my dreams come true by lending me a Roomba! The startup was founded in 2009 by Micki Krimmel in order to promote resource sharing on the local level. Krimmel, a long-time advocate of sustainability, managed the social media campaign for “An Inconvenient Truth.” In her spare time, she’s also an all-star roller derby skater the Los Angeles Derby Dolls.

NeighborGoods launched nationally last summer and currently lists about $2.7 million worth of inventory. It’s one of the darlings of the LA startup scene, winning the Bizspark Accelerator “Bootstrap” Award at SXSW for doing the most with the fewest resources. And speaking of resources, the company recently celebrated the conclusion of a successful Kickstarter campaign that raised more than $11,000 towards the launch of NeighborGoods 2.0, which will create the ability to establish sharing communities for organizations, companies and groups of all sizes.

Smartvark is a local deals website that provides thrifty shoppers with a targeted way to save money at local stores and restaurants. The free service, which recently launched in Los Angeles on June 3rd, shows people all the discounts, sales and special events in their community and asks them to rate each offer with a thumbs up or thumbs down. Using this input, Smartvark creates a customized feed of deals for each user that’s been curated based on their specific tastes. Think Pandora meets Google Offers. “Smartvark takes advantage of the fact that the Internet is a two-way street and listens to our users’ feedback to tailor the experience for them,” says co-founder Stefan Wrobel.

The philosophy behind the service is quality over quantity; people are connected to the deals they really want, instead of a deluge of random coupons. This concept is also a win for local businesses, who benefit from the opportunity to build a loyal customer base within the community. “Smartvark was designed to rebel against the deal-a-day culture that pressures businesses into offering deep discounts without any long-term strategy for retaining customers,” says Wrobel. “It’s designed to find businesses customers who love their business, rather than just their deal.” The service has already gotten some attention from investors – based on its viability and revenue potential, it was selected as the winner of the PITCHfest contest at this year’s DOMAINfest Global conference by a panel of judges associated with the Tech Coast Angels, a network of investors who fund start-ups in Southern California.

Everyone has an airplane horror story, from the oddly smelling seatmate to the guy who insists that his accordion is a perfectly acceptable carry-on item. Mine involved a married couple touring on the professional roller skating circuit. Not only were they were wearing their medals, but they had videos of their performances on a portable DVD player, which they insisted on screening for me, several times.

But what if you could pick your seatmates based on mutual interests or occupation? That’s the idea behind Airpair, a social travel service that lets users share their itineraries and connect with fellow travelers. The startup, which is expected to launch beta within the next few weeks, hopes to transform cramped plane flights into networking opportunities. Founder Mike Townsend, who works out of Coloft in Santa Monica with partner Chris Swasey, came up with the concept on a flight to California last year.

“I sat next to an older gentleman who slept the whole time and I couldn’t help but overhear a conversation one row ahead of me with two businessmen, one who owned his own engineering firm, and they seemed to really hit if off,” said Townsend. “I didn’t have a job at the time and I would have LOVED to sit next to them, or anyone else for that matter who was somewhat interesting.”

Airpair sounds like a unique way to meet new people, and a six-hour plane flight certainly gives seatmates enough time to build meaningful connections. I think it could even have potential as a dating service – although I usually choose comfort over style when it comes to airplane outfits, and ratty black sweatpants do not always make the best first impression. Who knows, maybe Airpair will be the Match.com of the skies.

With the goal of “making work rewarding,” BetterWorks helps small and medium-sized businesses offer fringe benefits to employees without spending a fortune. It’s essentially a group-buying platform that lets employers create their own perks program, with choices ranging from deals on dry cleaning and gym memberships to discounts at local restaurants. So far, the service has signed nearly 200 Los Angeles-based businesses, including a few big name clients like Hulu and Getty Images.

BetterWorks was founded in late 2010 by Paige Craig, an ex-marine and self-proclaimed “Adrenaline Fueled Angel Investor” who has invested in over 30 technology start-ups in the last two years. Co-founders include Sizhao “Zao” Yang, one of the creators of Farmville, and George Ishii, an early PayPal designer. After raising $1.5 million in the first round of funding, the start-up is currently focused on expansion and expects to bring on 40 new hires by the end of the month.

Read next: Watch Neil Patrick Harris kill it at the Tony Awards