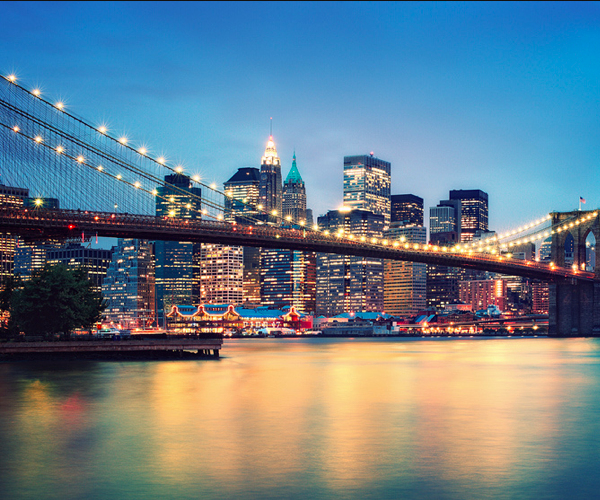 In 2010, New York City took the world by surprise, unleashing a flood of start-ups and funding power, giving Silicon Valley a run for its money, literally. Start-ups like Gilt Groupe and Etsy have already proved their potential to attract mass markets outside of the tech community. Meanwhile Meetup, Tumblr and Foursquare have created numerous connections within the tech community, spawning so many opportunities for entrepreneurs, engineers and tech enthusiasts to create and grow new business ideas that could very well turn into their own multi-million dollar enterprises.

Consmr is like Yelp for consumer packaged goods. While there are hundreds of review sites for movies, restaurants, electronics, video games, etc, there are no definitive go-to sites for reviews of consumer packaged goods; in fact it remains one of the few categories lacking a social resource online. Until now. Consmr is a resource for reviews and social sharing on the products you typically find at a grocery store or drug store – from beverages to frozen foods to skin care. Users are encouraged to write reviews as well as “check in” to products they’re currently using in the same way that people are checking in to TV shows, books, and movies. Reviews and check ins are broadcast to Facebook and Twitter so your friends outside of Consmr can comment on the Four Loko you just scored, or ask about your hot date since you checked into a bright red lipstick. Consmr applies a bit of game theory giving users the opportunity to unlock badges for writing high quality reviews in a category. Consmr plans to launch January 18th at Meetup’s NY Tech Mixer.

Need to find a great brunch spot in the East Village? Look no further: Nearsay, “NYC’s Insider Neighborhood News” is also demoing at the NY Tech Mixer in January. NearSay readers personalize their news by neighborhood and topics so that they only get the news they’re looking for. On top of their news team, NearSay has 170 contributors, or what they call neighborhood “N-Siders.” Contributors include the Manhattan Borough President, the President of the SoHo Alliance, Andrew Berman, the President of the Greenwich Village Society of Historic Preservation, community board leaders, city council members, Hollywood producer Doug Liman, a NY Real Housewife, as well as great restaurant and art critics. NearSay is giving local New Yorkers and neighborhood organizers a greater voice.

While currently only in Manhattan, NearSay plans to expand into Brooklyn and Queens later this quarter and beyond NYC in late 2011. Also, within the next two months, NearSay will launch a new product for local businesses to generate local leads and connect directly with readers by providing valuable content. If you’re interested to learn more, NearSay and Kinda Sorta Media will be hosting a conference in February at the 92Y Tribeca called “Uprise: Personal Influence and the Impact of Micro Media.” Did you know that Union Square has the most falls of any subway station in the city? Me neither. But NearSay did. Another local news start-up on the NYC scene is Neighborhoodr, which uses Tumblr to virally collect and spread hyper-local news. If Craigslist is the modern day Classified section, then Neighborhoodr is its editorial component. It acts like a newspaper for each neighborhood, filled with little stories. Here’s how it works. Visit the Neighborhoodr site and pick your neighborhood, which takes you to the specific Tumblr blog. View the blog’s content or click the big red button to submit a post. Once you’ve submitted a post it will be added into a queue to pass by the eyes of one of Neighborhoodr’s 50 local moderators. I recently wrote about the service after it gained its first advertising sponsor in mid-December. With 3,000 dedicated contributors who know how to spread content virally, I have a feeling Neighborhoodr will be pretty hip throughout 2011. GroupMe is a free, group-text-messaging startup that launched 7 months ago at a 24-hour “hackathon” at TechCruch’s Disrupt conference. Use the app to create groups from your native iPhone contacts and the groups are saved automatically to your iPhone contacts. Each group receives a unique phone number. You can set a time limit on groups, like a one night list for a Phish concert on NYE in order to text all your heady buds at once or a week long list for keeping up with tech friends at CES.

The app lets you upload photos, #Add friends, #End the group, start a #new group and identifies each person typing with his or her name as it shows in your contact list. CNNMoney recently wrote about NYC’s “current darling in the start-up scene,” reporting that it closed a funding round rumored at $9 million. GroupMe’s cofounders are start-up veterans Jared Hecht and Steve Martocci, who previously worked at Gilt Group and Tumblr. GroupMe is free and works on any phone.

Scoop St. is a daily deals site that offers a variety of marquee New York business specials and experiences. Founders David Ambrose, an expert in online car forums and Justin Tsang, an experienced consumer in Chinese consumer flashbombs called “tuangou,” are harnessing the power of locality to give themselves a powerful edge over monsters like GroupOn. They are also well-known for their special events: In spring 2010, they held the “Taste of 7th Street Food Festival,” which offered signature dishes to over 1,000 consumers half-off. Most recently, Scoop St. teamed up with The New York Observer for the holiday season to release a special round up of gift guides. The co-branded “Scoop” specials were targeted NYC-centric deals for Observer readers.

We covered this site’s launch and included it on our list of 20 NYC Start-Ups you need to know about. So why did it make the list again? Because it’s no secret that video everything is going to be huge this year and VYou is a combination of Formspring

, and Twitter and Justin.TV and Quora. It has a roster of notable users including writer Chuck Klosterman, Columbia Journalism school professor Sree Sreenivasan, The MLB Players Club House, actor Kevin Smith and Alex Blagg of BajillionHits. Founder Steve Spurgat told me once that he wants VYou to be like a time capsule on the Internet. So get your Grandma on board and ask her every question you’ve ever wanted to know and it will be there until the end of the Internetz. They’ve hinted that a vYou iPhone app is just around the corner.

Speaking of the importance of video, Watchitoo is making huge waves in video-consumption. The web-based service is embeddable on any site and enables people to share content in real-time, allowing users to interact with an array of content while communicating using video and text chat on the web. It is both B2B and B2C, integrating many of the key elements of Facebook, Twitter, Google Wave, Skype, iChat and UStream into one platform (no download necessary!), and offering an experience similar to a live TV show where everyone watching not only sees the same thing at the same time, but has ability to see each other.

Watchitoo provides a collaboration platform integrating content sharing, webinar functionalities, livestreaming, and networking all in one service. The interactive viewing experience gives the start-up its name; Watchitoo is a play on words “Watch it too” for “watching it together.”

Watch the video below to learn how to create your own show:

Simply put, SalesCrunch, founded in 2010, is a social sales platform that makes sales simple. SalesCrunch connects managers to customers and their salespeople in realtime, while recording sales development and training and sharing success stories with the rest of the team. The start-up offers three products: CrunchConnect, which is the next generation of an online meeting, presentation and email tracking platform; CrunchTrainer, which let’s you train, track and certify your team online; and SalesSchool, which is a community of thought leaders building a free resource of events, articles and interviews about the science of sales and marketing.

NYC Angel Investor David S. Rose says, “It’s a very cool system backed by some smart people. They’re young, but could potentially be a significant player in the sales training space as they continue to flesh out their offerings. But even now, their product for sending out Powerpoints and tracking how long your prospect looks at each slide is really, really neat.”

We covered Of a Kind’s launch as “The world’s first Tumblr store” in November. Since then, the NYC fashion start-up has been bringing high-end, exclusive fashion to the social media scene. “I think Tumblr lends itself really well to the distribution of visual content. There’s a rabid fashion following on Tumblr. And it targets early adopters,” explains Claire Mazur, one of the company’s two co-founders.

TNW Editor-in Chief Zee M. Kane, ever the fashion guru, was most impressed by Of A Kind’s integration with Shopify, a service that acts as their shopping cart. The site itself is built on Tumblr, Shopify, and a third layer that pulls the two together through their respective APIs. No matter who you ask right now in the start-up scene in New York, Of A Kind is always on their watch list. The company’s biggest milestone in December was selling out of an entire edition, 20 colorful knit hats by Kind Hats, in just one day.

Remember when Cher from Clueless had her own computer program to match outfits? Every young girl wanted one of those programs (and closets to match) and now, 16 years later, we at least have the former. Fashism and Go Try it On are two thriving, albeit similar NYC start-ups that allow users to upload photos of their outfits in order to get realtime feedback, advice and opinions on their clothing and accessory choices. So what are the differences?

Fashism, co-founded by Brooke Moreland and Ashley Granada was launched a year prior to Go Try It On in September 2009 and now has 40,000 users. As told to Business Insider, after they released the iPhone app in August 2010, their user base (mostly teens and women ages 18-24) went from 10,000 to 20,000 in one week and the amount of content submitted tripled. Grab the Fashism iPhone app here, a re-launch will be coming soon and an Android app is on its way for mid-2011.

Go Try It On was founded by 26-year old Marissa Evans, a former sorority girl from Cornell University with a Harvard MBA in her back pocket. The site currently has 10,000 users, 80% of which are females with almost 3 million opinions on the site. And her global reach is expanding rapidly: 40% of Go Try it On users are from outside the US, most notably from the UK, Australia, Brazil and Russia. Evans even has a hush-hush TV show in the works. Grab the iPhone app here.

According to Compete.com, in November 2010, Go Try it On received 11,373 unique visitors, down 48.89% from the previous month. (Although Evans points out traffic from the iPhone brought it about 100K.) Meanwhile, Fashism received just a few more hits at 11,491, but was up a whopping 623.16% from the previous month. Fashism founder Brooke also discredits Compete.com, citing about 80,000 uniques for that month. But if Fashism’s growth continues at even a fraction of this rate, the site which has had one more year of start-up experience, may prove to be the winner in 2011.

New York City’s Silicon Alley has a promising year ahead. These are just 11 of numeous valuable start-ups propagating in the five boroughs this winter. Look out for them on Twitter, Foursquare, Tumblr, at MeetUps, Tech Mixers, CES, SXSWi and late nights at Tom & Jerry’s.

Read next: Don't Dial. The "do not call list" you need for the new year and your new ex