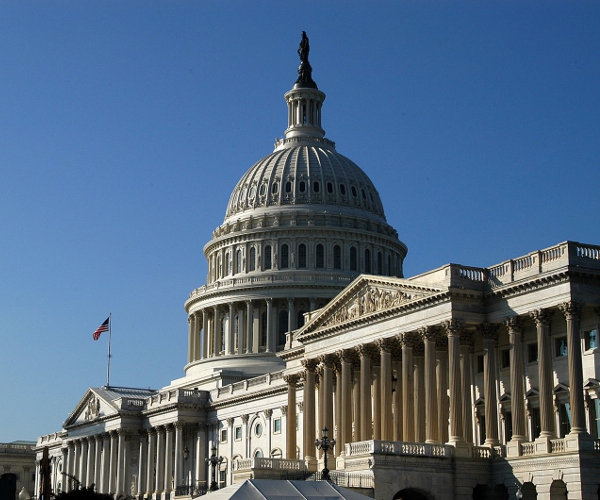 The General Services Administration (GSA) has awarded a $6.7 million five-year contract to Unisys Corp under the Alliant Governmentwide Acquisition Contract, which, partnered with Google and others, will move the entire agency into cloud-based services.

Cloud computing has a demonstrated track record of cost savings and efficiencies. With this award, GSA employees will have a modern, robust e-mail and collaboration platform that better supports our mission and our mobile work force, and costs half as much.

Google told us that, “After a competitive bidding process that took place over the past six months, [the] GSA just announced that it will move its 15,500 employees to Google Apps for Government.” Google also says that it will be releasing a statement on the Official Google Blog shortly. When it does so, we’ll update here.

Just yesterday, we reported that a Microsoft exec unsurprisingly bashed Google’s enterprise ambitions, and while government isn’t exactly enterprise, it’s pretty close, so this is certainly a substantial win for Google in the government/enterprise sector, whomever the other bidders where (the GSA did not list them in the press release, though we are trying to find out who they were).

UPDATE: Google has published its blog post on the contract, saying:

GSA is leading the way in embracing the federal government’s “cloud first” policy, under which agencies should opt for hosted applications when secure, reliable, cost-effective options are available. We are thrilled that GSA has chosen to move to the cloud with Google and look forward to expanding our productive partnership with them.

Also interestingly, prior to Google publishing its post, we just received a statement from Microsoft about this decision:

As you may have seen, the General Services Administration this afternoon made the decision to replace several different versions of IBM’s Lotus Notes and Domino software with Google for its own email. Though Microsoft is disappointed in the GSA’s internal email decision, the news underscores how robust competition is today, not only between Microsoft and Google, but also Cisco, IBM, VMWare and many others. Industry competition drives innovation and is good for government agencies – and we continue to see many federal, state & local governments choosing Microsoft to meet their business needs.

Microsoft has put up a blog post here further talking about the decision.