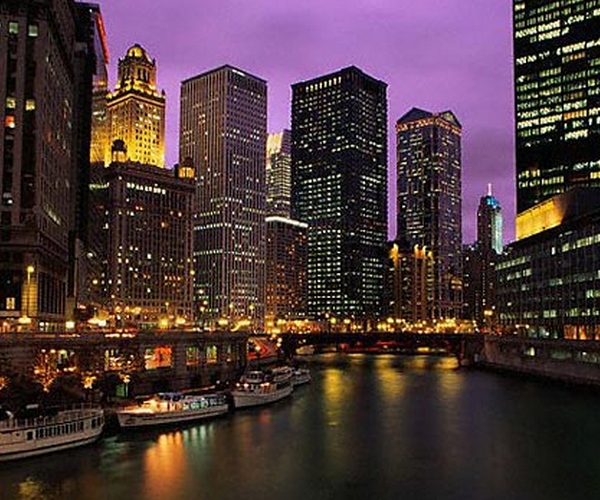 We have had an occasional series here on TNW dubbed “Think it all happens in the Valley? You’re wrong!“ that has been an explosive success. There is so much technology activity around the world that never gets the press or respect that it deserves that we are making a concerted effort to cover as much of it as we can.

Today we are taking a look at a city very dear to me. Chicago, a place where the technology scene is heating up as more money is poured into the incubation and early stage investment community on the backs of some very high-profile local successes. How do I know what is going on here in Chicago? I live here, and I take as much time as possible meet and talk with the area’s entrepreneurs.

That makes this the inside scoop of the companies in the Windy City that you are going to hear from and about again and again over the next few years. Let’s get into it.

If there was ever a scrappy startup, midVentures is it. Founded by a group of UChicago graduates, midVentures is a combination community catalyst and consulting shop that works to bring together and build up the Chicago technology scene.

The company specializes in ‘venture development,’ helping baby companies connect to the resources that they need to grow, while also providing guidance to dodge potential pitfalls. The company also runs a well read Chicago-area technology blog and hosts the largest technology conferences in the area. If you live here in Chicago, you know that midVentures is one of the companies that is running the show.

And like any good startup, midVentures always has a small stable of side projects that so far includes a rather violent iPhone app that may or may not see the light of day.

mPayy is not the kind of company that wants to think small. To the contrary, the company is attempting to swallow a contract so large that it could take the team from startup to behemoth over night.

The company is bidding to use their online payment APIs to handle all the payments for the city’s public transit system. Crazy? It may sound like it, but the team has put together an impressive technology suite that seems to be well fit for the task.

We can’t get into too much detail here, so be sure and read our previous coverage of mPayy and find out just how they are going to change the future.

Recently receiving their second funding round, this time a cool $1 million, SproutSocial is Chicago’s social darling of the moment. Their tools are perhaps the internet’s premier social media management suite.

When we first met the founder Justyn we knew that he was onto something big, and now with growing revenues, a crack engineering team, and more positive press than Obama two years ago, SproutSocial is perhaps the next big Chicago success story.

Want our word on it? If you manage a brand and have yet to try SproutSocial, then you are making a big mistake.

When Wearables won midVenturesLAUNCH (at which our own Editor In Chief Zee was a judge) we were curious if their AirStash gadget was going to be a hit. This is what it does:

The AirStash is a wireless USB dongle with a built-in media server that you can take on the go. It works like this: take your SD card and fill it up to the brim with the files that you need to take out with you, then plug that SD card into your AirStash. Assuming that you have charged the AirStash (it looks like a USB memory drive), it acts like a portable media server that can deliver content to any WiFi enabled device that you own.

It sure impressed the judges. Will it be a hit with consumers? We’ll know by the middle of next year, but for now the company is pitching them as killer Christmas presents. You don’t see too many ‘gadget’ startups these days, or at least as many as we would like to see. We’ll bring you more as we know it.

I had the pleasure of meeting up with Jason Goodrich, A Space Apart’s CEO, just a week ago and it was hard to not be impressed with what they have cooked up. Still operating somewhat beneath the radar, working with initial clients to hone their product to a perfect shine, they are laboring to change the location space.

Social commerce platform A Space Apart aims to provide virtual extensions of the places we gather. Think of it as Second Life, but for real life, minus the ambling avatars and virtual currency. We’re talking buying your latte or Leinenkugel via mobile device; seeing everyone in the location regardless of check-in service; private or public posts to anyone, including the cute barista; and the ability to crowd-source the environment by voting on the music and such.

Will it find a niche or perhaps a massive userbase? By targeting customers as they have so far A Space Apart is looking to grow revenues alongside users, something that is a rather ‘Chicago’ thing to do.

The mad-child of Pek Pongpaet at a weekend-long hackathon, ShelfLuv has grown from a side project into a very interesting way to visualize books online. The company picks up fat commissions from Amazon for referrals and helps the ever-growing legions of ereader owners to find their next title.

Pek has been fleshing out the user interface since launch, and if the screenshots of the upcoming version that we have seen come out soon, ShelfLuv may just find a new traffic level that will make it into a very profitable enterprise.

A recent launch here in the City of Big Shoulders, UmberCMD is a central point for all your cloud data from a host of services, making it simpler to ‘command’ and search your data.

Taking a top slot at a recent Startup Weekend it is being described as “Greplin meets Launchbar.” There is not enough history yet on UberCMD to dig into specifics quite yet, but if the company’s infancy is any indication, this is a team to watch in the coming months.

While Chicago startups are generally known for being slightly more serious and revenue focused, some do have that classic element of whimsy. One such startup is CookItFor.Us, a team that is looking to “deliver on all the benefits of home cooking, without having to cook.”

How does that work? The company links together people “that want recipes made” with “those that can make just about anything,” creating a virtuous loop of cooking and eating. Poggled is Groupon for alcoholics which means that it is going to find both a mass market audience and a strong following in the technology world. The product brings massive discounts on drinks and drinking related activities to people who like to party for extensive amounts of time.

The best part? The deals are usually very steep, meaning that if you want to get wet in a hurry, Poggled might just be your new best friend. Oh, and by using the Groupon business model, Poggled should do just fine when it comes to their bottom line.

Usually shortened to WMX, Watermelon Express is a learning company that helps to make test prep a breeze, and we mean it.

The company runs prep for a gamut of tests, including the GRE, LSAT, SAT, GMAT, MCAT Chemistry, and MCAT Biology. If you have never taken any of those tests you might not know the need for help, but for the soon-to-be-tested any assistance is a godsend, and that is why we suspect that WMX is making a pretty penny.

As knowledge becomes more and more powerful, companies like Watermelon Express are going to make a mint.

We could go on and on about other companies from Chicago, and we will in the future, but that is all for today. Be sure and check out each company, they all have something unique and fascinating to offer.