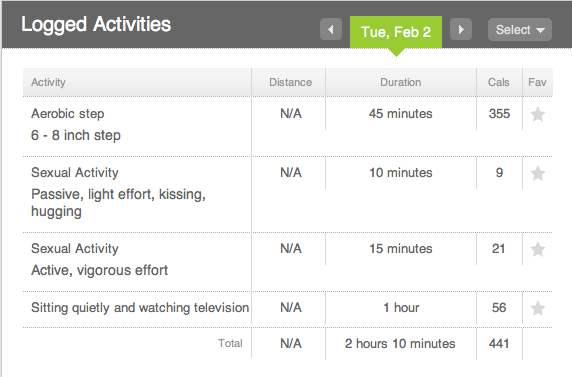 The name Philadelphia comes from the Greek, meaning “brotherly love,” from philos “loving” and adelphos “brother.” The city is best known for Benjamin Franklin, cheese steaks, rabid sports fans and being always sunny.

After being nonexistent for years (perhaps since the invention of the rocking chair?), Philadelphia’s tech scene is experiencing a revival with some local writers referring to it as “Philacon Valley.” The city has been hosting a handful of events that blend culture and technology to support new startups, promote investments and breed innovative ideas including Barcamp Philly, the local version of Silicon Valley’s tech conference. The city owes much of its talent to its established education system including Wharton, UPenn‘s School of Business. Many of the city’s start ups have been funded by First Round Capital, SeventySix Capital, Genacast Ventures, Comcast Interactive Capital, DreamIt Ventures and Good Company Ventures.

To follow up our list of the 20 NYC Start-Ups You Need To Know About, we’ve rounded up 7 of Philly’s most promising ventures.

1) Venmo is a free SMS and web-based, easy-to-use payment network based on the concept of mutual trust. (Charges can be easily reversed if there is a discrepancy.) Once you establish a two-way “trust” relationship with a member, you can pay or charge as you see fit. While transactions can occur over SMS, the actual payment processing takes place online over an SSL secured connection like Amazon Payments. Venmo was founded in April 2009 by two former UPenn roommates, IqramMagdon-Ismail and Betaworks veteran Andrew Kortina as a way to settle IOU payments. Their redesigned apps for both iPhone and Android that include new features and overall performance improvements. What sold me on Venmo is the story of one user who texted her boyfriend, “$20 for a cab, if you come over now :)” Sounds useful, right? Our friends at Venmo have been awesome enough to provide invites for our readers. Sign up here! (Currently, Venmo only lets users pull money out of U.S. bank account numbers.)

Venmo also recently launched Gifi, a location based game involving real money which combines the Venmo API and Foursquare ‘s API. With Gifi, you can hide money for one of your friends to claim at a new restaurant you’ve discovered. For example, let’s say my friend checks in at Brooklyn’s Simple Cafe. He or she would receive a message when they check-in that says, “Courtney has given you $12 to try the veggie burger. It’s amazomg.”

2) Kembrel, created by 2 Wharton grads, offers up “hot fashion at ridiculous, to-die-for deals.” Kembrel is a members-only, private shopping community catering solely to college students and the first and only site to do so completely through Facebook. Students can shop for dorm essentials, iPod accessories, clothes and more at discounts of 40%-70% off. Kembrel allows for browsing, previewing and payment while staying completely within Facebook’s interface, which offers convenience to students who are busy uploading pictures and updating statuses. 3) Warby Parker. If our parents were free-loving hippies and their parents wore tweed and sipped martinis like Don Draper, who are we?  Philanthropic entrepreneur Neil Blumenthal believes we are the best of both worlds. It is this philosophy that encapsulates Warby Parker, a brilliantly designed humanitarian eye wear company that he co-founded with fellow Wharton grads Andy Hunt, Jeffrey Raider and David Gilboa. They offer 27 styles of eyewear with names like Finn, Nedwin and Zagg, all with custom acetate frames and anti-reflective, polycarbonate prescription lenses. Each pair sells for $95, (a quarter of what most high end retail glasses sell for). And similar to the ever popular shoe brand Tom’s, for every pair you buy, Warby Parker donates a pair to someone in need, working with non-profits like RestoringVision.org. Their site launched on February 15, 2010 and the company has been profitable since day one. In fact, they hit their first year sales target just four weeks after launching.

5) Duck Duck Go uses online crowd-sourcing to augment traditional search engine results, hoping to “clean up the clutter” and improve relevancy. The company soft launched on Hacker News in September 2008 and is solely founded and funded by MIT grad Gabriel Weinberg. Measuring from April until this November 2010, the site has received over 12 million page views. They’re currently averaging 2.4 million searches per month, which is about 4 times the amount from the beginning of the year. See our post on Duck Duck Go from this past August.

6) TicketLeap is a social ticketing platform for connecting friends and events so users can sell tickets better. CEO Christopher Stanchak started TicketLeap as an undergrad student as part of the Wharton Venture Initiation Program, an early business incubator.  Once he had a couple customers, Stanchak hired his Mom to run sales and support while he ran the company part time.  “We think events are social so we have really leveraged social in the way we built our new platform,” explains Stanchak. “We make it easy for people to leave comments on events and to check in and say that they are “going” to the event. We are seeing around 50% of purchases being shared through social networks on average.”  They are the first company in the world to eliminate all service fees for small events (less than 100 tickets per month), encouraging smaller event companies to grow. TicketLeap has raised $6 million to date from investors including Mentortech Ventures, Ben Franklin Technology Partners, Nexstage Capital and multiple angel investors including Colin Evans, co-founder of StubHub! and musician John Legend. Their current clients include Seth Godin, TEDx Pheonix, Wizard Entertainment (and multiple comiccons throughout the country), The Queen Mary, the Sante Fe Film Festival and Sierra Nevada Brewery.

7) ReadySetWork! is the mobile way to create and share work schedules. The company publicly launched January 2010 but the founders, Jake Dreyfuss and Joel Frisch have known each other since nursery school. After traveling through school and college together, Joel went to Wall Street, while Jake went to D.C. to lead marketing of high end real estate. As a side project, they opened up a chain of quick-service restaurants. While running the stores, they noticed a major inefficiency with the management of employee schedules. Tons of frustration, confusion and an overall lack of communication led to the creation of ReadySetWork. Their clients include restaurants, hotels, retail stores, catering companies, home healthcare and even veterinary practice. A new version will launch in January 2011 as well as a partnership with the largest private payroll company in the US.

For more on innovation in Philadelphia, don’t miss the upcoming TEDxPhilly conference this Thursday, November 18th, 2010.

Read next: Try This: Focusizer. Pomodoro comes to the iPhone to help you focus on tasks.