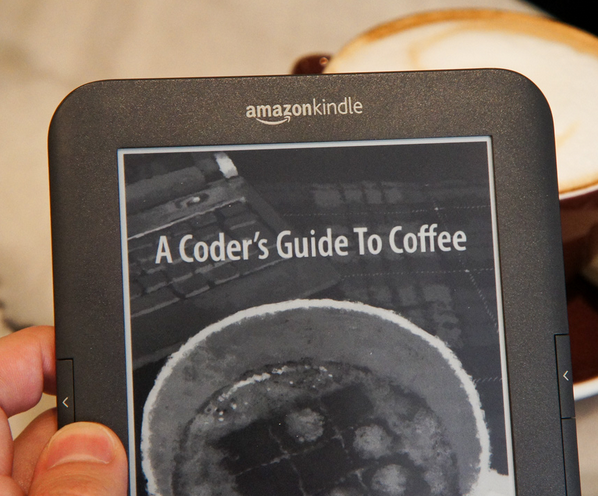 The rumors are flowing all over the Internet, and Twitter is in an outrage this morning. It seems that there is a hole in the process involved in the self-publishing service for Amazon’s Kindle platform.

While the platform’s obvious intention is to allow authors to publish their own works without the necessity for a publishing house, it has opened a door that has allowed a self-published book entitled “The Pedophile’s Guide to Love and Pleasure” to remain selling and unchecked thus far.

From what we’re reading in a small blurb from the Associate Press, the agency is having no better luck than we are in acquiring a response from Amazon. That said, there is much else to add to the story at present, but you can rest assured that we’ll be following up.

Does this point to a necessity for Amazon to have an edtiorial staff, of sorts, managing the self-publishing platform. From where we’re standing, yes. However, that does raise a number of other questions. Given that it’s a self-publishing format, it’s essentially no different from any other. A point to ponder, on that, is brought up by our own @SimonOwens:

But then the counterpoint is brought about by @Alex:

Does the difference, then, come down to money? What’s your take? Let us know, in the comments.

Update – As the day has gone on, more outlets have picked up on the Amazon piece, with some actually managing to get replies from the company. The most telling of these replies is documented over at TechCrunch:

Amazon believes it is censorship not to sell certain books simply because we or others believe their message is objectionable.  Amazon does not support or promote hatred or criminal acts, however, we do support the right of every individual to make their own purchasing decisions.

It should be noted, however, that Amazon’s own Digital Text Platform speaks in a very obtuse way about “offensive content” not being allowed:

What we deem offensive is probably about what you would expect. Amazon Digital Services, Inc. reserves the right to determine the appropriateness of Titles sold on our site.

That is to say, then, that apparently Amazon does not consider the content of the book to be offensive, and according to the company’s own words, we apparently shouldn’t either

Update, pt 2: Amazon has apparently pulled the book, according to TechCrunch, as it no longer appears on the store.

Update, pt 3: And the link is now live again.

Read next: VisitorsCafe: eHarmony meets Chatroulette, on your website