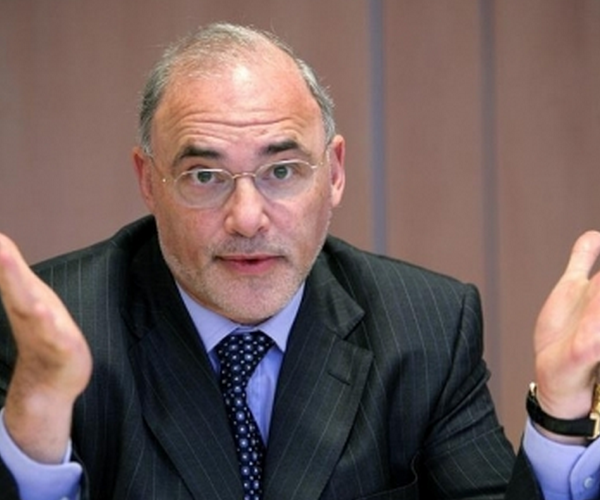 Following the rather shocking departure of Hurd from the healm of HP, a power vacuum formed. Who was to be the long term replacement?

The answer has now been answered, Léo Apotheker will be taking the top spot as HP’s president and CEO. Previously Apotheker headed SAP. He will replace the interim CEO Cathie Lesjak.

We will bring you more as it comes. In the words of HP:

The Board of Directors of HP (NYSE: HPQ) today announced the election of Léo Apotheker as Chief Executive Officer and President. Apotheker, who previously served as CEO of SAP, will also join HP’s Board of Directors. The Board also elected Ray Lane, Managing Partner at Kleiner Perkins Caufield & Byers, as a new member of the Board and designated him as non-executive Chairman. Both elections are effective November 1.

“I have known and admired Léo for almost 20 years. He is ideally suited to build on HP’s strong foundation, leverage its many assets and keep the company at the forefront of innovation.”

During Apotheker’s more than 20 years at SAP, he was a driving force in making it the largest business software applications company in the world. Apotheker helped develop and implement the most significant changes in SAP history. During his tenure, he transformed R&D and technology platforms and expanded business models and customer segments. Apotheker also helped lead SAP to 18 consecutive quarters of double-digit software revenue growth between 2004 and 2009.

Lane has served on the Board of Directors of more than 20 public and private companies and joined Kleiner Perkins in 2000. Previously, he served as President and Chief Operating Officer at Oracle Corporation. Earlier in his career, Lane also worked at Booz Allen Hamilton, EDS and IBM.

“Léo is a strategic thinker with a passion for technology, wide-reaching global experience and proven operational discipline – exactly what we were looking for in a CEO,” said Robert Ryan, lead independent director of the Board. “After more than two decades in the industry, he has a strong track record of driving technological innovation, building customer relationships and developing world-class teams.”

Ryan continued, “Léo has been a leader in anticipating the transformation taking place in our industry, and we believe he is uniquely positioned to help accelerate HP’s strategy. He has demonstrated success in the U.S. market and also has vast international experience – which will be a major asset as HP continues to expand globally, particularly in high-growth emerging markets. HP has the right assets and market positions, and now we have the best team to realize the company’s enormous potential.”

“HP has a powerful mix of businesses, products and services, one of the most innovative cultures in the industry, and an accomplished management team who have played a critical role in its success,” said Apotheker. “I am deeply honored to be joining the more than 300,000 dedicated HP employees.”

Apotheker continued, “Given HP’s diversified products and services, its financial strength, and its leadership position across markets, no other company is as well positioned to drive – and profit from – the revolutionary changes under way in the marketplace. As we move forward, HP will continue to be a valued partner with our customers as well as a fierce competitor. I look forward to working with the outstanding people at HP to write the next chapter in the company’s long and proud history.”

“I am excited to join the Board of this pioneering company, and look forward to working closely with Léo – and the rest of the Board and senior management team – as they capitalize on the changes taking place across the industry,” Lane said. “I have known and admired Léo for almost 20 years. He is ideally suited to build on HP’s strong foundation, leverage its many assets and keep the company at the forefront of innovation.”

Apotheker will succeed Cathie Lesjak, who was named interim CEO in August 2010. Lesjak, who has served as HP’s Chief Financial Officer since January 2007, remains CFO and continues to serve as a member of the Executive Council. Ryan said, “Cathie is and will continue to be an important part of HP. We are extremely fortunate to have one of the deepest, most talented senior management teams in the industry and to have someone of Cathie’s caliber lead HP during this interim period. On behalf of the entire Board, I would like to thank Cathie and our senior management team for maintaining HP’s focus on serving customers and continuing to execute our strategy.”