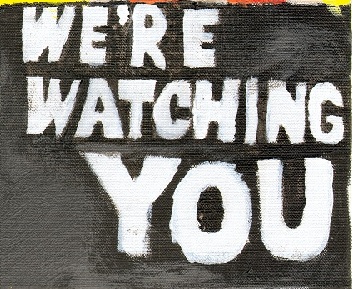 Here’s some creepy news. According to Chet Uber, a hacker who spoke at the Defcon security conference today, his organization is employed by the government to monitor internet traffic. And guess what? That means the government may have a record of what you do online.

Mr. Uber is the director of Project Vigilant, which has deals with several regional ISPs. Apparently in the EULAs associated with getting online through these companies, customers agree to allow the ISPs in question to share their data with third-party partners. And at least one of those partners is an agency which tracks “more than 250 million IP address a day,” with the capability to “develop portfolios on any name, screen name or IP address.” This information is then passed on to what Mr. Uber calls “three letter agencies.”

I find this very scary. The implication is that Vigilant is probably not alone in selling internet usage records to the government. It’s definitely a business, and I can’t think of any field without competition. So those few ISPs that Vigilant works with are not the only ones which are in effect snooping on their customers.

To be fair, Vigilant doesn’t only compromise citizen privacy. It does some good, such as setting up proxies to allow dissidents in Iran to communicate. Still, the fact that people are setting up companies which rely on loopholes to spy for the government is pretty unnerving.

As a footnote, Mr. Uber claims that he set in motion the pieces which ultimately gave up Bradley Manning, the source of last week’s giant Wikileaks scoop, to the feds. Maybe I’m just crazy, but that seems much less relevant than knowing the government has inroads into monitoring millions of peoples’ online usage.

I urge you all to read your ISP’s EULA to see if you’re being monitored this way. If you want to limit how much of your data is getting tracked, you can use something like Peerblock.

Read next: Apple Store gets an Android makeover