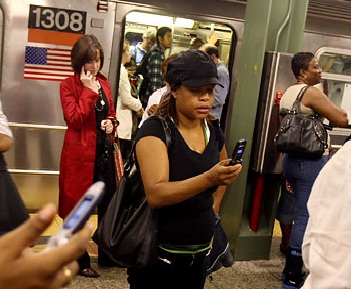 New York City’s subway stations may be dirty, but they provide fantastic transportation to millions of people each day. And now they’re about to get a very welcome upgrade.

Transit Wireless LLC is going to begin a $200 million rollout of transmitters to subway stations within the next two months, according one of the principal stakeholders in the venture. These will act as both miniature cellular towers and as WiFi hotspots. TW is planning to bring New York’s stations into the wireless age at a rate of 10 to 15 per month. As these devices are being put in stations, not in tunnels, for now the plan involves leaving portions of track without service. But stations and mezzanine and at the very least the parts of the tunnel near platforms should all receive wireless service.

What’s interesting about this particular network buildout is the funding scheme. New York City is not paying a dime of tax money for this. In fact, Transit Wireless is paying New York $46 million to install these devices. The money is coming from the wireless providers. Carriers who want their customers to have service in the station will have to pay a fee to TW.

The brilliance in this is in the marketing. Basically, if one carrier starts to pay for this service, New Yorkers who don’t want to be incommunicado while in transit are going to jump ship. The rest of the carriers know this. So they’ll start paying to use Transit Wireless’ service. So unless AT&T wants to lose its New York clients to Sprint, it’ll buy in for at least the same amount of coverage Sprint offers.

Read next: It's Friday, enjoy this Mashup to get you in the party mood!