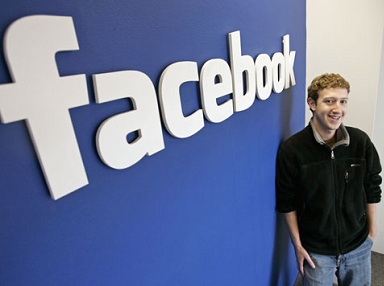 No doubt you’ve heard by now that some guy is suing Mark Zuckerberg, founder of Facebook, saying that he owns 84% of the company. Sounds crazy, doesn’t it? Well, that contract may not be the legal hogwash we all thought it was.

Lisa Simpson, a lawyer for Facebook, has called into question the authenticity of the contract, but no one on Facebook’s legal team has outright claimed that the contract is fake. Ms. Simpson is also saying that is “unsure” as to whether or not Mr. Zuckerberg actually signed the contract. It’s starting to sound like this document is in fact real.

The contract itself is between Paul Ceglia, the plaintiff, and Mark Zuckerberg. It covers pay for a job that he hired Mr. Zuckerberg to do. Additionally, it covers an investment Mr. Ceglia made in a fledgling project which went on to become the Facebook site we all know today.

If you had a claim which entitled you to even 4% ownership in Facebook, which as a whole is estimated to be worth $24.6 billion (though it’s probably worth a whole lot more), wouldn’t you come forward and say something right away? You would at least get in touch with Zuck as soon as the company rounded the $1 billion mark, right?

The most likely scenario is that the contract is for some reason not legally binding, though not in an obvious way. If it were obvious, Facebook’s lawyers would have pointed out the flaw by now and the case would be history. Still, Mr. Ceglia is suing now out of all times for a reason.

I’m going to wager that Mr. Ceglia’s motive is money, and not just that he wants a lot of it – he needs cash now. Currently he and his wife are facing litigation from New York state’s Attorney General. According to the press release from AG Anthony Cuomo’s office, Mr. Ceglia and his wife defrauded would-be clients out of $200,000 for a business they never started.

In short, Mr. Ceglia is hoping for a settlement to make his financial troubles disappear. And if there’s one company with a history of making nice settlements, it’s Facebook. Last year, three of Mr. Zuckerberg’s former college classmates sued the company, and they got away with $65 million. Almost any settlement offer Facebook would make would go a ways towards helping Mr. Ceglia with his current problems. The same AG only got $4 million when he sued Dell for committing fraud. So even if Ceglia only gets $5 million for his silence, he stays clear of bankruptcy.

Read next: Apple brought in $15.7B in revenue last quarter from millions of Macs, iPhones, iPods and iPads