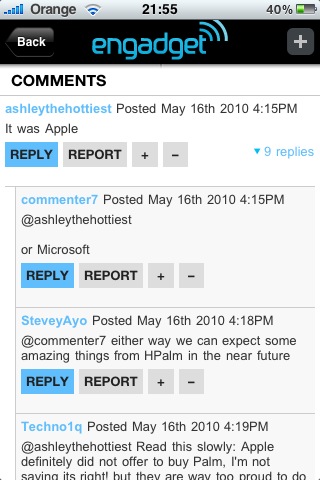 It’s one of those stories that makes you want to quit your day job, sit around in your boxers, and troll the internet all day. Well, we can’t all be bloggers, but one enterprising teenager managed to use the barter system and Craigslist to endlessly up-trade and turn an old phone into a 2000 Porsche Boxster S.

Yeah, how about them apples. It all started when Steve Ortiz was given an old cell phone by a friend. He traded that on the ‘List for another phone, and eventually an iPod Touch. Somehow that became dirt bike, which was followed by another dirt bike. He turned that gear box in for a Macbook Pro, which then became a Toyota 4runner.

People will do anything for a Mac, it seems

Well, that was not enough to Mr. Ortiz, so he traded that car in for a tricked out golf cart (he was 15 and not able to drive the Toyota at that point), which he later traded into a series of cars.

He ended up with a 1975 Ford Bronco, which is a collectors item, and he traded that for the Porsche. Now he is going to cruise into High School looking like a boss all because a friend gave him an old phone, and he had some serious time to burn.

There is an old saying that a diamond is just a piece of coal that stuck with it, and it applies here. Come to think of it, I have this busted iPhone 3G, I wonder what I could trade it for.

Read next: Sweden Gets A Pirate-Friendly ISP